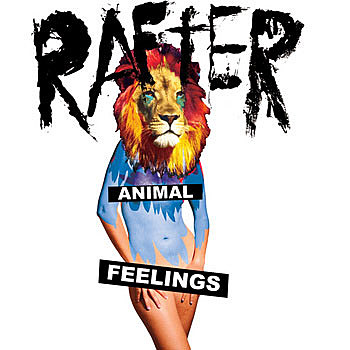 Growing up in San Diego you hear kids toss around the name Rafter Roberts with a hushed kind of reverence. Little later those same kids get older and when the dude comes up in conversation, he's just that--a dude, a bro, a likable, lovable, redheaded guy you'll find dancing at the Whistle Stop with his lovely lady or just walkin' around in the good clean morning sunlight, smiling and healthy and right with the world.

The reverence I felt as an impressionable San Diego kid was for the albums the man produced and engineered. Black Heart Procession, Tristeza, Rocket from the Crypt, all the big guns were there. Later, he helmed records for folks like the Shaky Hands, the Fiery Furnaces, and label-mates Castanets, Sufjan Stevens, and DM Stith. (His credits are far too lengthy to list here but, let it be said, the guy has worked his share of wonders.) [Adam Gnade for Asthmatic Kitty]

Rafter's new electro/dance-pop record, Animal Feelings, came out April 13th, and it's currently streaming online. The (not totally SFW) song "Paper" is above, as is a remix of of the album's song "Fruit."

Rafter is currently supporting the new album with shows, and there are three in New York coming up. On Wednesday, April 21st, Rafter plays with Kings Go Forth at Mercury Lounge (tickets are on sale). He plays again on April 22nd with Hussle Club, My Gold Mask and C-Mon & Kypski at Public Assembly Loft (the upstairs space at Public Assembly) (the show was moved from Cameo - flyer below), and on April 24th at Glasslands with Frances and Necking.

All tour dates, a live video and album tracklist are below... 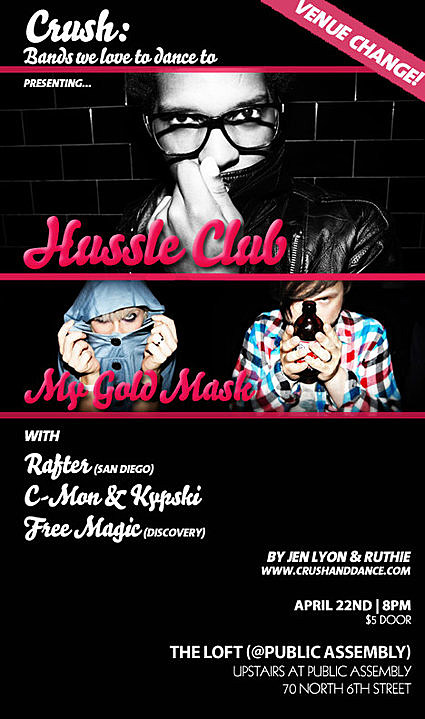