DOWNLOAD: Rage Against the Macine - rant during 'Wake Up' @ Lolla (MP3) (via) 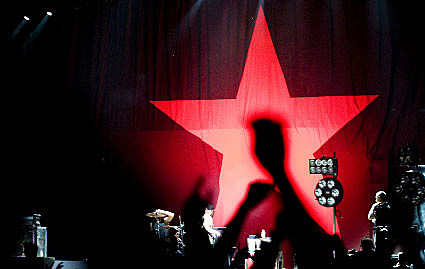 "Now we know brother Obama. We know brother Obama. But I tell you what, if he comes to power come November and he doesn't start pulling troops out of Afghanistan and Iraq, I know a lot of people who are gonna stand up and burn down every office of every Senate."... [Zach De La Rocha @ Lollapalooza]

...Rage Against the Machine rocked the south side of Grant Park in Chicago last night (August 2, 2008). The raucous crowd was wild enough that the show had to be stopped twice as De La Rocha asked everyone to take five or ten steps back; the crowd complied but kept its intensity.

A steady stream of bodies poured over the front rail as security nabbed crowd surfers and those wanting to get out of the chaos. Injured crowd-goers were rushed backstage to the medical tent while others went right back into the fray, most had smiles on their faces. The sound was loud and clean. Highlights included Testify, Bulls on Parade, Bomb Track, Freedom, and the Killing in the Name Of show closer. After the show the masses poured into the streets, completely halting traffic and chanting "fuck you I won't do what you tell me!" After about an hour the crowd abated and the city returned to normal.

Is Rage Against the Machine a nostalgia act? Who cares, they sound great. Pictures, video and the setlist below... 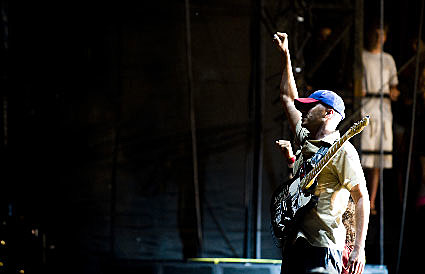 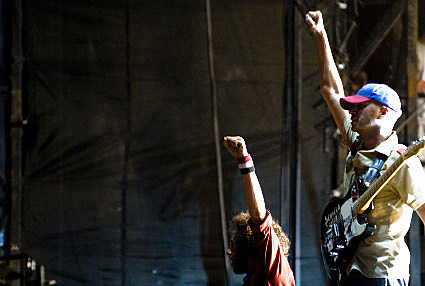 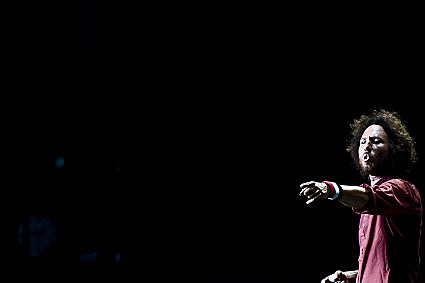 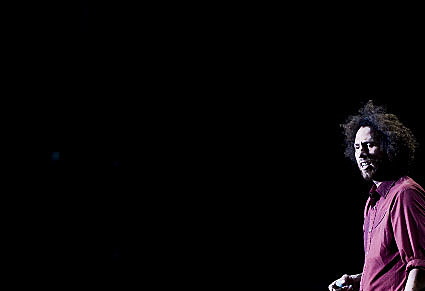 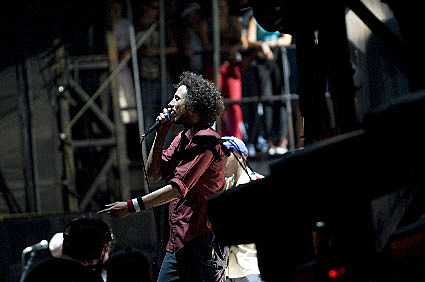 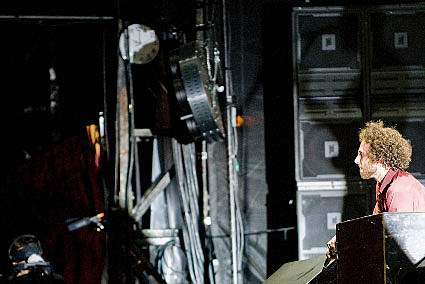 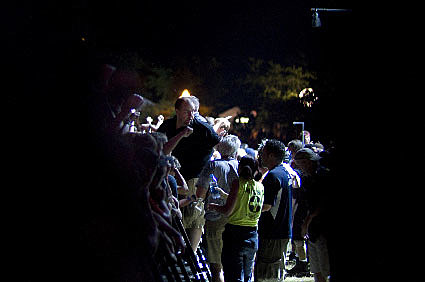 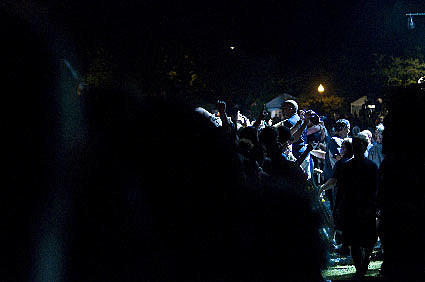 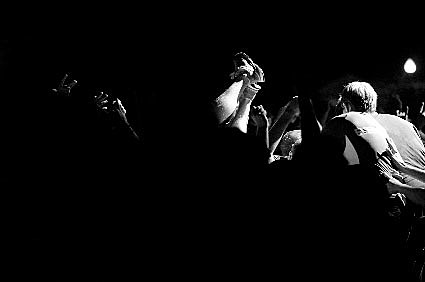 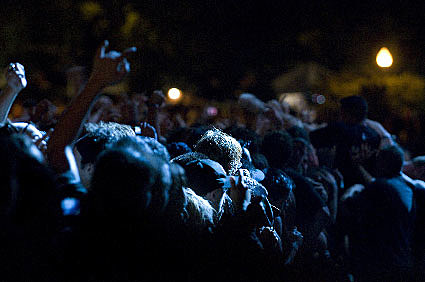 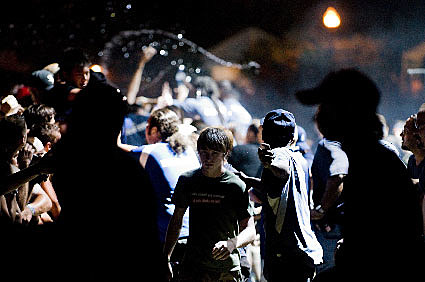 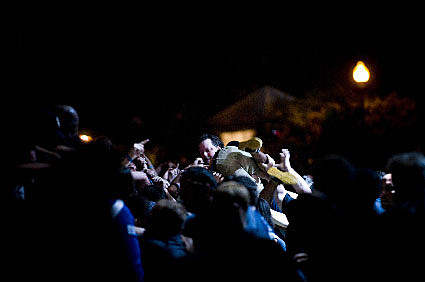 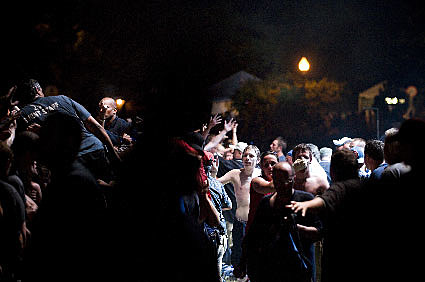 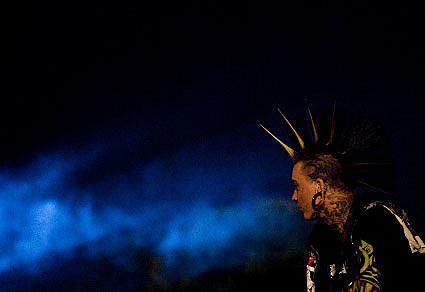 "Everyone please Back Up" 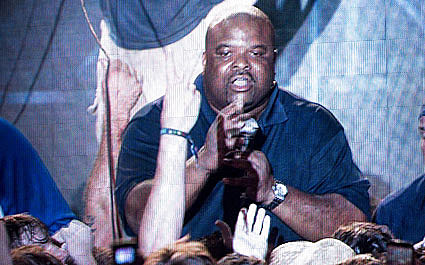 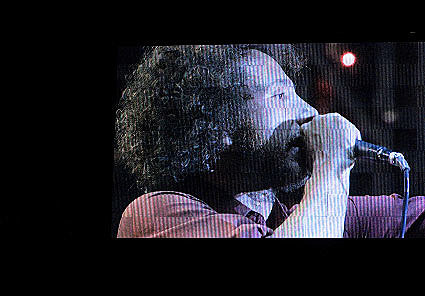 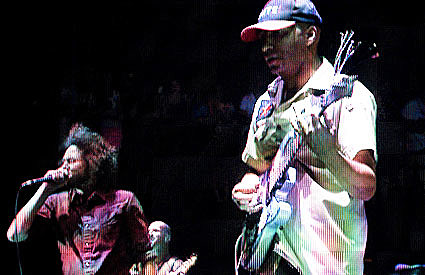 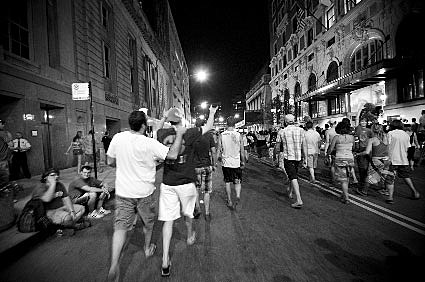 Rage Against the Machine @ Lollapalooza in Grant Park, Chicago - Aug 2, 2008