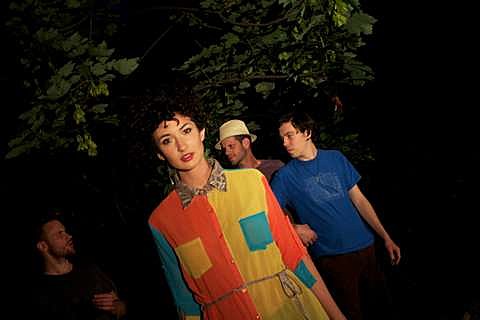 Brooklyn's Railbird are currently in residency at Pete's Candy Store in Williamsburg where they play every Wednesday in July. Tonight (7/18) the electronic-leaning quartet share the bill with Ryan Martin. You can watch a little video trailer for the residency at the bottom of this post.

The band have a few other Brooklyn shows coming up including Pianos on Thursday (7/19) with Way Yes; Mercury Lounge on August 8 opening for Heather Christian & the Arbornauts (tickets); and Cameo Gallery on August 23.

Railbird have a new single, "Jump Ship," that features ANTI recording artist Sean Rowe and Sarah Barthel of Phantogram with whom they've played shows (like Bowery Ballroom in 2010). You can download it above, or stream it below where you'll also find a cool cover of Fleetwood Mac's "That's All." There's more Railbird music to check out at their Facebook page.

Speaking of Phantogram's Barthel, she's DJing at Hudson Terrace tomorrow night which is free with RSVP. So if Barthel is in town, wonder if she'll pop over to Pete's to sing tonight?

As for Phantogram, they're currently on tour and play Philadelphia on Friday with Sleigh Bells and Twin Shadow. All tour dates are listed below. 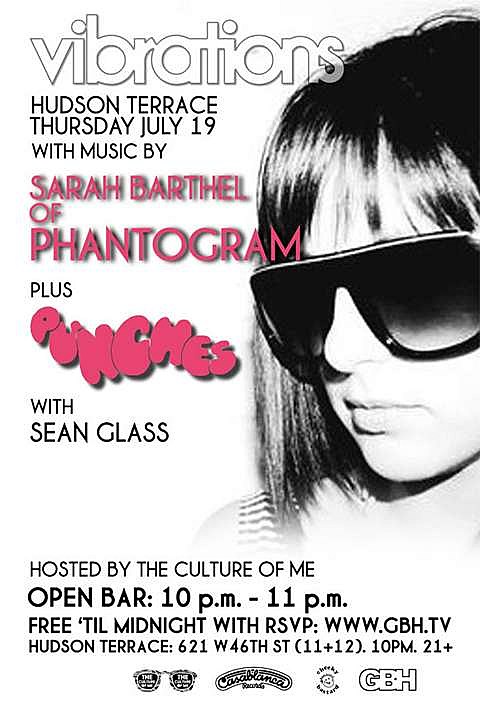