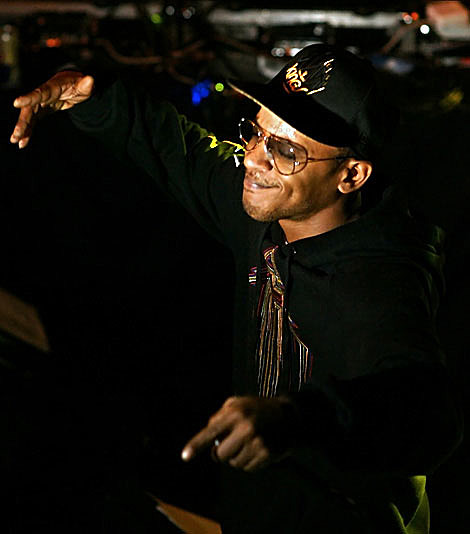 After looking at the number of great old school artists on the way to the NYC stages, I was reminded of this kick-ass Greg Nice (of Nice & Smooth) song:

That song is pretty damn close to reality, as Irving Plaza (2 blocks from Union Square if you didn't know) will host "The Golden Age of Hip Hop Part II" on 8/29. Tickets are on sale. The show will feature a ton of old school notables such as KRS-ONE, Kool Moe Dee, Just Ice, and Grand Daddy IU (who I recently saw at BHHF).

KRS-ONE has an interesting project on the way, as the man who claims that he "is hip hop" will team up with Buckshot of Black Moon to release Survival Skills on 9/15. The LP is stuffed with killer guests like Mary J. Blige, Slug of Atmosphere, K'NAAN, Talib Kweli, Immortal Technique, Sean Price, Smif N Wessun, and features production from Havoc of Mobb Deep, 9th Wonder, Black Milk, ILL MIND, Marco Polo, and many others. Dig on the video for the anti-auto-tune jam "Robot" available below, as well as video of the duo doing a surprise performance on 6/18 at BB King's. Stay tuned for more information on a "Myspace Album Release Show" in NYC on Friday, 9/11.

In the meantime, Black Moon are scheduled to team up with Smif N Wessun to perform ALL of their classic Enta da Stage and Dah Shinin' LPs (respectively) at Brower Park on August 12th for FREE. The show is one of a bevy of FREE shows in the parks of our fair city (featuring DJ Premier, Raekwon, Naughty By Nature and others).

Meanwhile, another notable old schooler, the one and only Rakim Allah, is doubling up on shows in the coming weeks, having scheduled a performance on 8/13 at Highline Ballroom (tix) as well as another as part of the "Hip Hop Legends Concert Series" featuring UTFO, Biz Markie, Lost Boyz, Jeru Da Damaja, Dr Jeckyl & Mr Hyde, and Lovebug Starski just eight days later at BB King's on 8/21 (tix). He should be playing new material at these shows...

. On July 28, 2009 the man many call The God MC [dropped] "Holy Are You" - the hypnotic lead single off of his long awaited new album The Seventh Seal, to be released early fall, 2009 on the artists Ra Records imprint in a joint venture with TVM and SMC Recordings and distributed through Fontana / Universal Music Group.

Rakim's new LP is his first in 10 years and first since his highly publicized split with Aftermath Records. The first single is available as a free download above!

And I would be remiss if I didn't mention The Ruler himself (Slick Rick), who was scheduled a show of his own at BB King's on 11/13 (tix). Dookie ropes are required for entry to all events. OK, not really... but they should be!

The above-mentioned videos, and the KRS-One/Buckshot cover art, below... 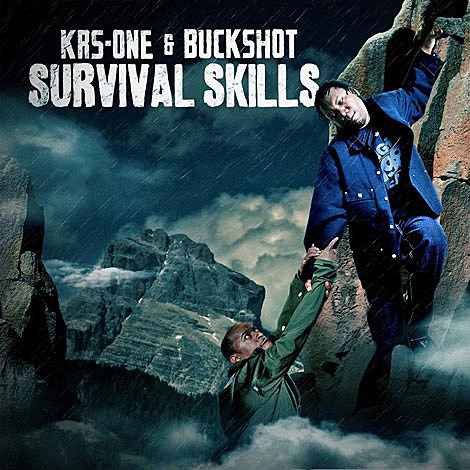