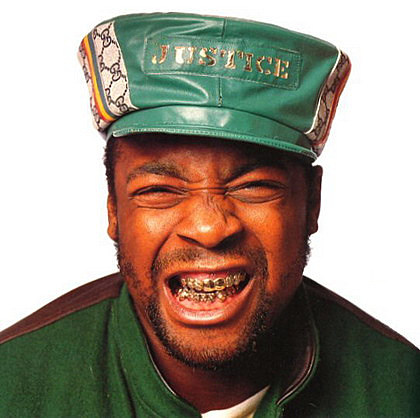 Since the last time we talked, the Rakim show at Knitting Factory on Dec 19th (Friday) has expanded quite a bit, adding performances by Black Thought of The Roots, (he's) Keith Murray, and the "original gangster of hip hop" Just-Ice. The whole night will be hosted by Sascha Jenkins of ego trip fame and will feature "all vinyl" DJ sets from a sick lineup of DJs including fellow ego trip-per Chairman Mao, along with Dante Ross, Ge-ology, Psycho Les of The Beatnuts, JS-1, Dooley-O, DJ Amir (of the legendary Kon & Amir), J-Zone, Jel, and Thanksgiving Brown. That makes it three nights in a row for Jel & Thanksgiving Brown. Tickets are still available, check out the flyer below.

Kon & Amir dropped their On Track Vol 2 via BBE in June of this year. When they aren't dropping one of their killer mixes, they can be found either at their blog or behind the decks... which is where you'll find them on Jan 16th, 2009 as part of Disco 3000 NYC at APT. Get your dancin' shoes out (sorry to trample 'ya Showtrotta).

In other news related to what some see as "The Golden Age Of Hip Hop", Irving Plaza added a show on Feb 7th, 2009 billed as.... The Golden Age of Hip Hop Pt 1. No word on what part 2 entails, but we do know that Doug E. Fresh, Chubb Rock, Brand Nubian, Positive K (yeah, him), and Lord Finesse will be on hand for part uno. Tickets are on sale. Lord Finesse recently played Knitting Factory as part of DITC.

While we're on the old school tip, LL Cool J announced a show at Nokia on Feb 19th, 2009 as part of his "Pursed Lickable Lips Tour 2009" (ok, I made that up, it's just the one show). Prepare to wade through a sea of ladies with bamboo earrings (at least two pair). Tickets go on Amex presale on 12/18 at noon and regular sale on 12/20 at noon here. 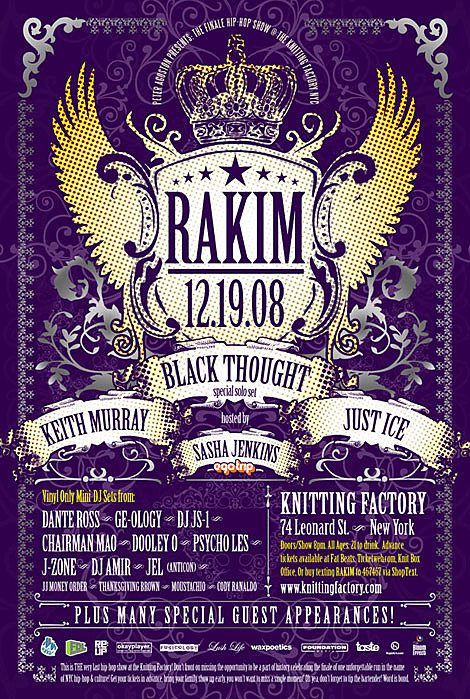