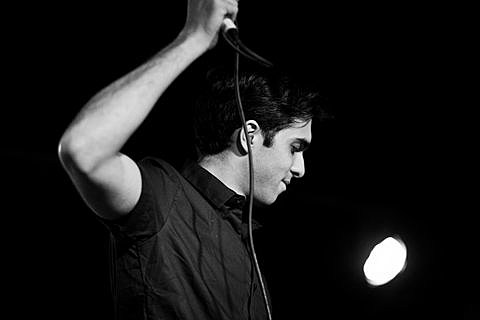 Voxtrot frontman Ramesh played his first solo NYC show this past March with Feathers at Mercury Lounge. He just announced that he'll return to NYC for another show show which will take place on June 25 at Glasslands in Brooklyn. No openers have been announced yet but tickets are on sale now.

Ramesh's three song EP is still streaming at his website and you can stream two newer tracks, "Dancer" and "Requiem" below.