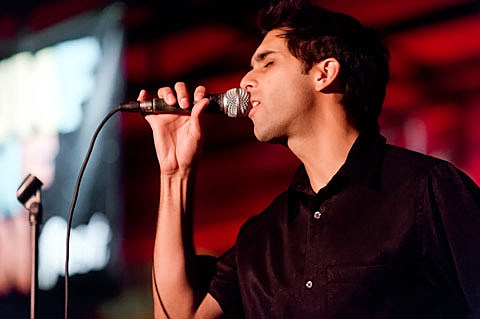 Former Voxtrot frontman Ramesh began a solo career not long after his band broke up, and he's been saying that his debut solo album is on the way. Still no announcement on that album has come, but Ramesh did just release two new songs, "Youth Trip" and "Paradise (For Keith Haring and the Legendary Children)." You can check those out below.

Ramesh is also going on a short tour of his home state, Texas, this week with fellow Austin artist Orthy. All dates for that tour are listed at BV Austin.

Ramesh - "Paradise (For Keith Haring and the Legendary Children)"