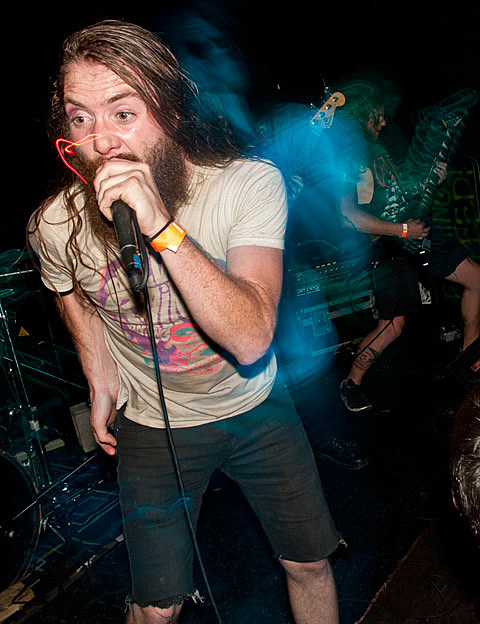 Massachusetts thrash animals Ramming Speed continue in the raging party-hard tradition of Municipal Waste, following more in the vein of punk rock than some metal traditionalists may like. The band will embark on a short stint of dates next week with Sexcrement (nominee for greatest band name ever) that will include a stop in NYC at Acheron on Jan 13. Advance tickets are on sale now.

Ramming Speed has roped in Brad Boatright (Audiosiege, mem From Ashes Rise) to engineer their forthcoming LP. So far no home for the thrasher's new effort, but we'll let you know if that changes. In the meantime, catch them at the dates listed below.