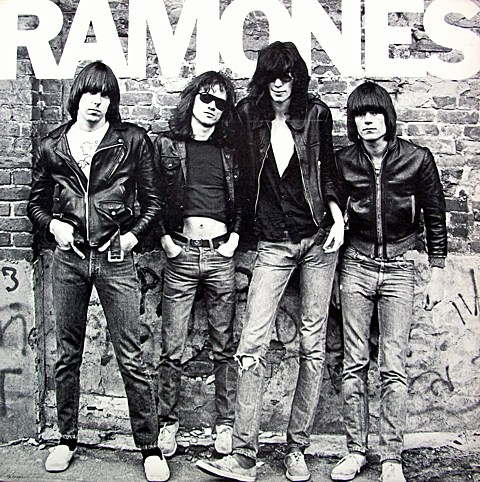 As you may know, if you're a music trivia nerd or have been following any music trivia nerds on Twitter for the past 72 hours, the Ramones began the studio sessions for their now-legendary debut album forty years ago this month. Things have been popping up in celebration of that, including a retrospective that's coming to the Queens Museum from April 10 through July 31. It's called "Hey! Ho! Let's Go: Ramones and the Birth of Punk," and the NY Times reports that it "will examine the group's influence on both music and art, as part of a spate of spring programming under the museum's new director, Laura Raicovich, that focuses on Queens as a Petri dish of global culture." Here's more:

The Ramones show, organized with the Grammy Museum in Los Angeles, where a second part of the exhibition will open on Sept. 16, will include more than 350 objects, from the band's archives and those of Arturo Vega, who designed the band's logo; from artists like Shepard Fairey and Yoshitomo Nara; and from Mad magazine and Punk magazine, to demonstrate, as the museum says, how the Ramones "served as both subject and inspiration for many visual artists, resulting in a large body of works." (Marky Ramone, who replaced Tommy as the group's drummer, was born in Brooklyn.)

The retrospective will open at the same time as the museum's biannual Queens International, which "showcases artists who live or work in Queens." More info here.

UPDATE: If you buy a ticket to the upcoming Panorama festival, you get free admission to the Queens Museum. You can also see the exhibit for Panorama of the City of New York, "one of the most successful attractions at the ‘64 Fair with millions enjoying what was billed as an indoor helicopter tour of New York," while you're there.

Watch the Ramones play "Now I Wanna Sniff Some Glue" off their debut album at CBGB in 1977, below...