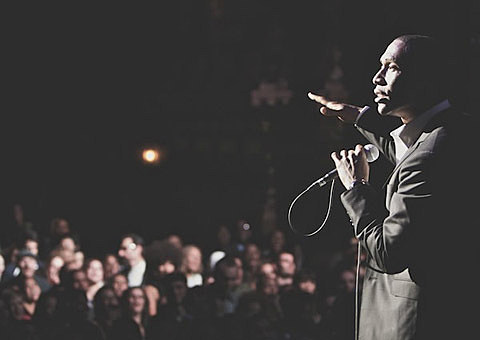 R&B great Raphael Saadiq is one of a few notable names playing Stubb's on 3/16 as part of the Time Out North America NPR SXSW showcase. If you can't be in Austin, NPR will be streaming the show (which also includes sets by James Blake, Bun B, and the Smith Westerns) on their website.

NPR will also be streaming a show happening the next day at the Parish where the Antlers will play their entire new album, Burst Apart, from start to finish! More details on that new album are below.

Raphael has other dates lined up as well. After a sprinkle of shows in the Lone Star, Saadiq will hop on a plane to Europe. Not long after he gets back, he releases his new album, Stone Rollin, on May 10th (it's currently up for pre-order on iTunes). That same day you can catch him live at Webster Hall in NYC. Tickets for that show are on AmEx presale now. Regular sale begins Friday at noon.

And speaking of rolling stones, a video of Raphael performing with Mick Jagger, all tour dates, and other stuff, below...

We're completely thrilled to finally share with you the details of our forthcoming new album, Burst Apart. Finally!

We spent somewhere in the realm of 5 months recording it (although truthfully, we've been planning and sketching the record since we began touring on Hospice back in 2009). We moved into our own recording studio in September 2010, and spent essentially every waking hour working on Burst Apart, producing the record ourselves, with Darby at the helm engineering. We wrapped up recording this past January, and will be releasing this record to you on May 10 via Frenchkiss Records. I can honestly say that I've never been more excited to have people hear something as I am with Burst Apart.

Below is the tracklist, as well as the cover art, designed by the amazing Zan Goodman (who also designed Hospice's infamous hands).

And though the record's not out until May, if you find yourself in Austin for SXSW this March, we'll be performing Burst Apart in its entirety at NPR's show at The Parish, and mixing new songs and old at the Frenchkiss and Sennheiser showcases. Dates and times below.