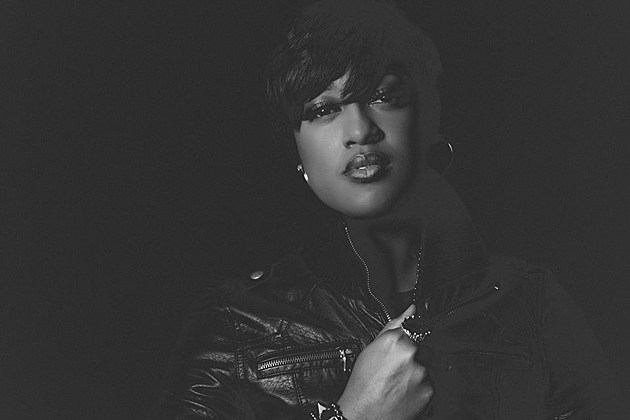 North Carolina rapper Rapsody, who had a major guest verse on Kendrick Lamar's To Pimp A Butterfly and also put out her own great album Beauty and the Beast, is the first artist to do an NPR Tiny Desk Concert in 2016. She played backed by a full band (9th Wonder included), and did "Godzilla," "The Man," and "Hard To Choose" (all off Beauty and the Beast). At times she looks like she's having a ton of fun, and at others she's giving no-bullshit impassioned performances. And if you liked the jazz/soul/funk backing of TPAB, you'll love her band too. Watch below.

Rapsody also appears on Murs & 9th Wonder's collaborative album Brighter Daze, that dropped on New Year's Day. You can stream that below too, and download it (name your price) at bandcamp. The brand-new video for "Otha Fish" off the album is below too.

She doesn't have a full tour coming up, but she has a Denver show with Talib Kweli, Pharoahe Monch, and 9th Wonder. That's part of Talib's tour, which also includes nine NYC shows:

One is a "musical celebration of the legacy of Dr. Martin Luther King Jr." on January 17 at SOB's with K'Valentine, Chaz Van Queen, Yummy Bingham, MK Asante and special guests (tickets). He also has a Blue Note residency, happening February 3 & 4 and March 2 & 3, with two shows a night (tickets). And he'll be one of the guests at The Soul Rebels' shows on February 26 & 27 at Brooklyn Bowl (tickets).

Talib & 9th Wonder just dropped a new video for "These Waters" off 2015's Indie 500 (which Rapsody is also featured on). Watch that, with his list of tour dates, below...