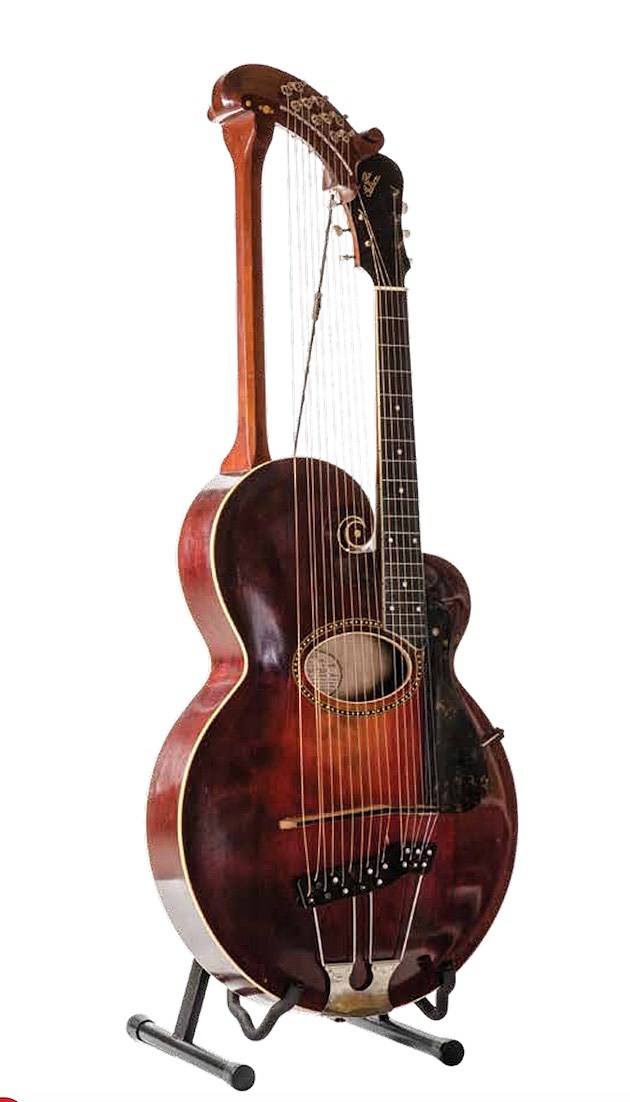 As a musician and a hoarder, I've got a wicked soft spot for fine, high-priced musical instruments as well as oddball music memorabilia, signed or otherwise. As an impoverished piece of human garbage who lives paycheck to paycheck, I can only enjoy such items as fantasy from afar. I covet and I dream. New York City auction house Guernsey's has a guitar and memorabilia auction coming up on February 27 that will have on the auction block an unbelievable amount of rare guitars and memorabilia that will have guitar fetishists everywhere reeling. There's an auction preview from noon - 8pm on February 25 & 26 at Bohemian National Hall (321 East 73rd Street) where broke ass lookie-loos like me can go and dream. Bring a bib:

The approximately three hundred lots in the sale are roughly divided equally between fine acoustic instruments dating as far back as 1880 right through beautiful, recently-made examples, and sensational electric guitars, many of which are associated with well-known musicians. Bidders will encounter instruments from Eric Clapton, Stevie Ray Vaughn, Tony Mottola (accompanying Frank Sinatra) and Franny Beecher who, following years with Benny Goodman's big band, became the lead guitarist for the legendary Bill Haley and the Comets. The "In Cold Blood" pair of guitars in the auction must constitute one of the most unusual musical offerings ever: those who vividly recall the legendary Truman Capote book and movie will remember that Perry Smith, the much-analyzed killer, toted his guitar everywhere. A single lot in this auction will contain both the instrument used by Robert Blake playing the role of Smith in the Academy Award-winning film, and the actual guitar used by the real-life killer!

The first 155 lots feature signed guitars, though more often than not they are signatures inked upon rather generic and crappy guitars. Other items include gold & platinum records, signed photos, signed drumheads, and other bits of memorabilia all professionally matted and framed.

Session III (lots 400 - 496) is basically a continuation of the types of gear featured in Session II, but there are a few more mandolins and oddities thrown in such as lot 419, a 1915 Gibson Style U Harp Guitar, which might be one of the craziest guitars I have ever seen.

The auction catalog can be viewed here.