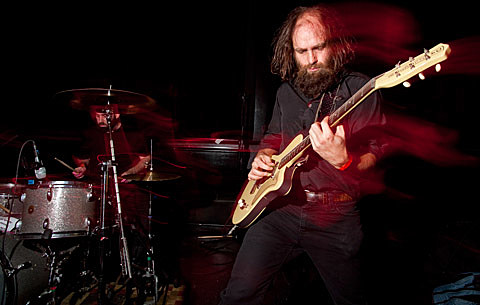 The previously discussed Raspberry Bulbs / Salvation / Pharmakon show at Saint Vitus on January 13 (tickets) has expanded to an extended weekend tour. Check out the dates of the four-day run below. Raspberry Bulbs contains members of Bone Awl, Rorschach, Italian Horn and more, and the band recently reissued Demos 2009/2010 via Personnel Records (a subsidiary of Seed Stock).

UPDATE: Raspberry Bulbs have also joined on as support for the previously discussed Iceage show at 285 Kent (tickets)

Pharmakon is hitting the road for a string of dates with Soren and Foreplay on the West Coast next week.

Members of Salvation also serve time in Night Sins, who have a new LP and recently played NYC.

All tour dates are listed below along with video.

Raspberry Bulbs - What It Is Between Us