Raspberry Bulbs playing in front of raspberry bulbs (via) 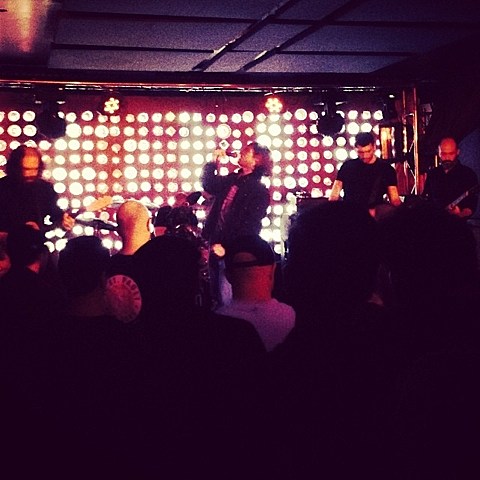 NYC's Raspberry Bulbs played Baby's All Right on Saturday (3/29) with Virile Games, Anxiety Hammer and DJ Al Dente, and RB took the opportunity to debut some new material. The followup to Raspberry Bulbs's 2013 Deformed Worship looks to be a doozy--in large part, the band has slowed things down a bit, hitting a mid-tempo rock stride that brings the most out of the RB's scuzzy, surf-tinged punk. You can watch footage recorded by (((unartig))) of two new songs--"Hopelessly Alive" and "Lionhead"--below, as well as a video of Deformed Worship favorite "Lusty Climbing." Look for a new album from Raspberry Bulbs in the fall.

The show at Baby's was a blast, with Raspberry Bulbs sounding better than ever. RB's characteristically thick, wonky riffs were immersive, and the crowd responded appropriately, bodies flying when the music called for it. Things really got going during "Hopelessly Alive" when two firecrackers exploded about thirty seconds in, and, on cue, people went nuts. The forty minute or so set (~30 second encore included) left the crowd wanting more. I couldn't have been the only one to notice that Baby's All Right's signature background of lit glass looked like, well, a back wall of raspberry bulbs. 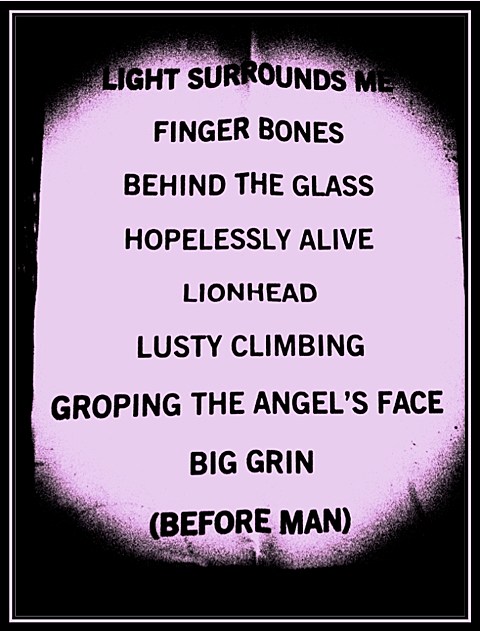