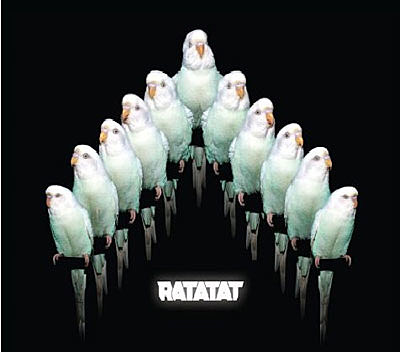 It's probably for the best that Ratatat's free South Street Seaport concert never came off, if they're expecting to fill two nights at Terminal 5 (though it's still possible there'll be a Paper-sponsored show somewhere too I guess...). Those T5 show happen Friday, October 8th and Saturday, October 9th. Tickets go on sale Friday.

Ratatat will also be on hand July 17th to DJ at PS1's Warm Up series (which kicked off over the weekend weekend with Delorean and Janka Nabay and others).

The band's new album, LP4 (pictured above), came out at the beginning of June on XL to mixed reviews. Two videos for songs from that record are below...