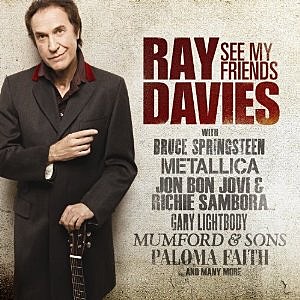 "Ray Davies' U.S tour dates have been cancelled. Ray personally did not want to cancel this tour but was ordered by his doctors not to fly or travel until his medical condition has stabilized to their satisfaction. At this moment, his doctors could not provide a time frame as to when he could travel to the U.S. and advised him to cancel below dates."

The press release refers to "his medical condition" but doesn't say what it is. It does go on to say that "Ray Davies would like to thank all his fans for their continued support and asks that everyone respect his privacy so he can concentrate on a swift recovery." I hope all is well with him. A list of the cancelled dates, Beacon Theatre and Wellmont Theatre included....