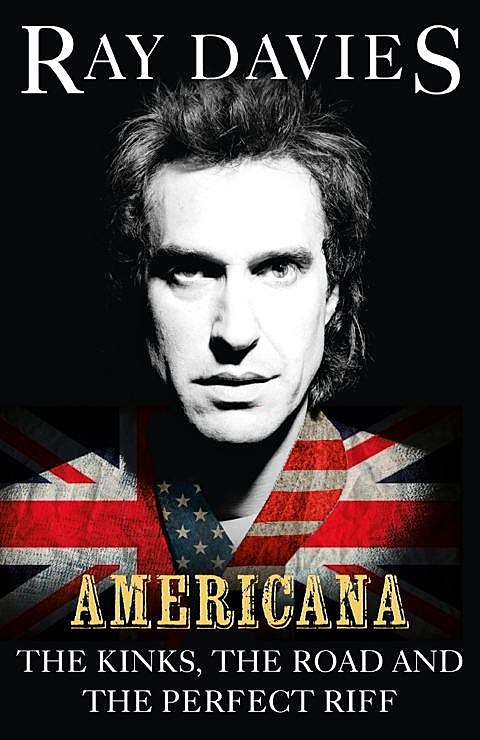 Ray Davies most recent album was 2010's collaborative See All My Friends. No follow-up has been announced, but Ray does have a new book, Americana: The Kinks, the Riff, the Road: The Story, which will be out October 15. From the jacket:

As a boy in post-War England, legendary Kinks' singer/songwriter Ray Davies fell in love with America--its movies and music, its culture of freedom, fed his imagination. Then, as part of the British Invasion, he toured the US with the Kinks during one of the most tumultuous eras in recent history--until the Kinks group was banned from performing there from 1965-69. Many tours and trips later, while living in New Orleans, he experienced a transformative event: the shooting (a result of a botched robbery) that nearly took his life. In Americana, Davies tries to make sense of his long love-hate relationship with the country that both inspired and frustrated him. From his quintessentially English perspective as a Kink, Davies--with candor, humor, and wit--takes us on a very personal road trip through his life and storied career as a rock star, and reveals what music, fame, and America really mean to him.

Americana is Ray's third book, having published his "unauthorized biography," X-Ray, in 1995 and then the Waterloo Sunset series of short stories in 1997. You can watch a short promotional video about the book and video of Ray being interviewed about it on BBC Breakfast, below.

Those in NYC can see Ray Davies in person this month as he'll be at Barnes & Noble Union Square on October 25 at 7 PM. Not many details but it is free. Maybe someone will ask him what he thinks the odds of a Kinks reunion in 2014 are?

Speaking of, Ray's brother Dave will be in NYC shortly after that, playing City Winery on November 11. Tickets to that show are still available.

The Kinks Ray Davies talks about his new book Americana