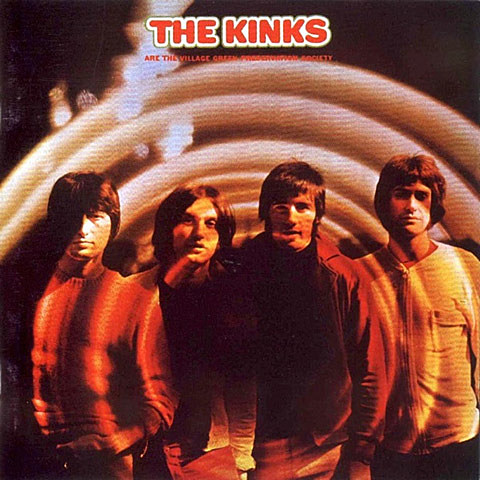 The talk of a Kinks reunion for the band's 50th birthday continue. Dave Davies mused back in October that the chances of a reunion were "50/50" and that "the ball is very much in Ray's court." Now Ray Davies is talking reunion too, says UK paper The Telegraph. The two brothers, whose relationship has been rocky to say the least, have met a few times to discuss making a new album:

"I met Dave only last week to talk about getting back together again," he said. "We've also spoken a few times on the phone and emailed. He's been composing his own songs, but I'd really like to write with him again. We both agree we don't want to do old stuff or tour with past hits. It's got to be something new."

The climate between the Davies warmed, reportedly, after positive reception of the Kinks musical, Sunny Afternoon, which debuted in London back in March. The biggest roadblock, at this point, may be continuing acrimony between Dave Davies and Kinks drummer Mick Avory. From the same story:

Speaking at the Hay Festival last month, Davies admitted the band had "always been tempestuous", claiming Avory once "tried to kill my brother on stage in Cardiff". He added the altercation had ended with Dave unconscious, requiring hospital treatment and 16 stitches for a wound.

Speaking to an audience, Davies hinted of a reunion but insisted it would require new music. He added: "In any case, my brother still has an issue with the drummer. If they resolve their issues, I might be there."

We're not holding our breath, but things do appear a little more sunny. Stay tuned.