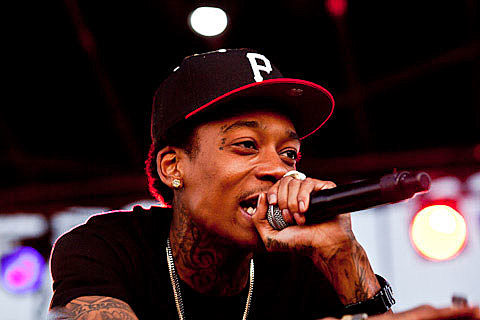 We're now up to four announced ticketed shows happening at Williamsburg Waterfront this summer. Thievery Corporation are playing the outdoor North Brooklyn space on Friday, June 24th, and tickets go on sale this Friday at noon which is also when Death Cab For Cutie/Frightened Rabbit tickets go on sale. The other two, which are already on sale, are Sonic Youth and Kid Cudi.

Wiz Khalifa, who plays the Roots Picnic on June 4th, and Monmouth University on July 29th, will play Central Park Summerstage on July 25th. Tickets go on presale Thursday at 10am, and then general sale Friday at noon.

It's always confusing that, except from a promoter/series/financial/whatever point of view, "Central Park Summerstage" and "Rumsey Playfield" are actually the same venue even though you have to do two separate searches on Ticketmaster to find all the ticketed shows happening there. Ray Lamontagne and the Pariah Dogs are playing two Rumsey Playfield shows this year. The sold out 5/31 one was announced a while ago (with Brandi Carlile and The Secret Sisters opening), and the 9/26 one (with no openers announed yet) goes on presale Thursday at 10am, and then on general sale Friday at 10am.