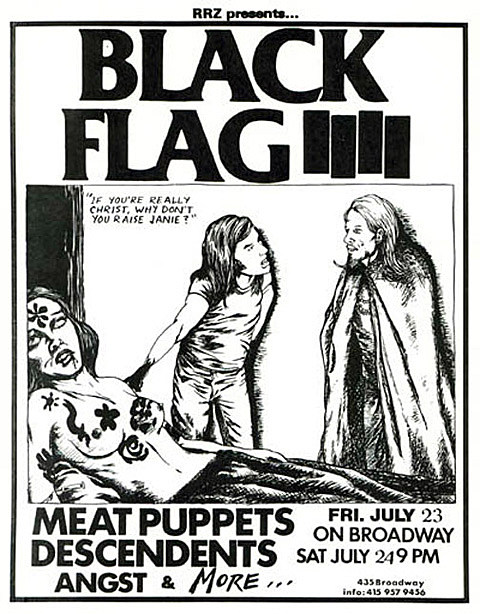 Ray Petitbon, the brother of Greg Ginn of Black Flag and designer of that band's logo and album covers (among other work), is at the center of a short documentary by MOCAtv titled Punk - Black Flag - Art + Music. Featuring interviews with Henry Rollins, Keith Morris, Chuck Dukowski, Flea and the artist himself, the documentary examines the iconic Black Flag logo and the flyers that made such an impact on the West Coast hardcore scene of the early 80s. The film was produced by Bryan Ray Turcotte, the author of Fucked Up + Photocopied..., and look for forthcoming videos with Crass and Dead Kennedys. Meanwhile, you can watch Punk - Black Flag - Art + Music below.

Black Flag play three shows this week, all of which are sold out though limited Northside badges will be accepted at Friday (6/14) and Saturday's (6/15) shows at Warsaw.