Luaka Bob recently released an album of rare material from the late Alice Coltrane called World Spirituality Classics 1: The Ecstatic Music of Alice Coltrane Turiyasangitananda which features "the first-ever compilation of Alice Coltrane’s spiritual recordings from the Sai Anantam Ashram in California." In celebration, the label and Red Bull Music Academy NYC threw a celebration at Knockdown Center on Sunday (5/21). Pictures are in the gallery above.

The event was split into two parts. The first portion of the evening was a performance from members of the Ashram beginning as the sun was setting. Like any good ashram, devotees, or attendees in this case, had to remove their shoes to enter (branded tote bags were provided for shoes). Guests were also offered cushions and lyric guides to the bhajans (devotional songs) so they could participate though it didn't seem like the performers' visible bliss spread through more than a small portion of the audience.

After the devotional portion of the evening, there was a 40+ minute break where guests were able to put on their shoes, grab some free samosas and get a drink at the bar. Finally, Ravi Coltrane (son of Alice and John) and other musicians, including David Virelles, Jay Gandhi, Dezron Douglas, Brandee Younger, and Reggie Workman, took the stage to perform some more of his mother's compositions beginning with "Journey into Satchitananda". The audience watched raptly through the 90+ minute set. Check out photos from the performance above and the setlist is below. 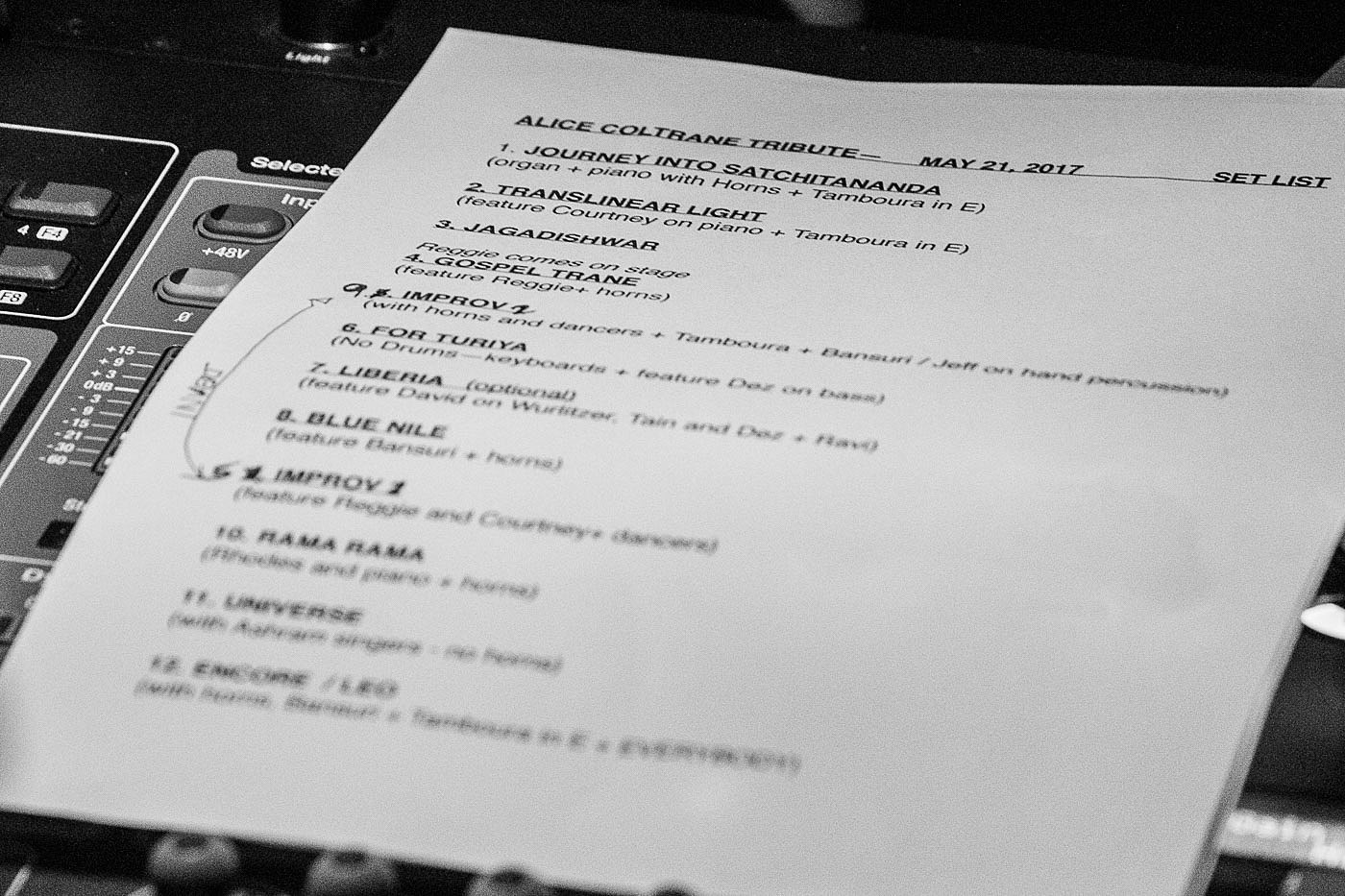