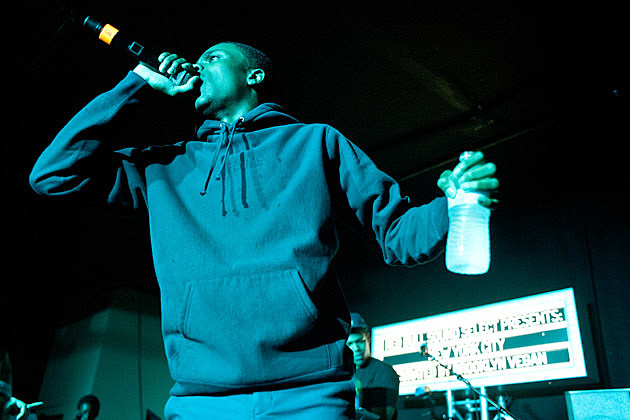 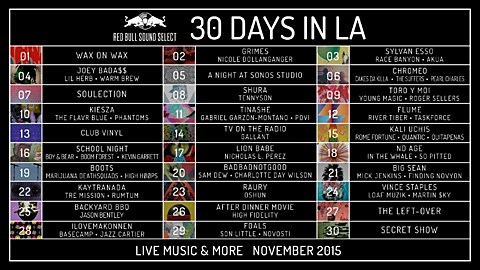 As you know if you read this site enough, BrooklynVegan is a Red Bull Sound Select partner. We curate/produce RBSS shows and bands in NY and NJ. Opening bands get "curated" into the RBSS program when they get asked to play their first RBSS show. Those bands then also become part of the pool of available opening bands we can "curate" on to future shows. Cakes Da Killa was curated into the program by Afropunk. BrooklynVegan's last show was on 9/4. We had Cakes Da Killa open for Against Me! in Asbury Park. Cakes also opens the next NYC RBSS show (curated by Popgun), and opens for Chromeo as part of 30 Days in LA.

Our last NYC show was with Vince Staples and Loaf Muzik in Brooklyn. Red Bull must have really liked that lineup because they booked it again as part of 30 Days in LA,.

We also had Lil Herb, who now goes by G Herbo, on that show. He's also playing 30 Days in LA, but with Joey Bada$$. 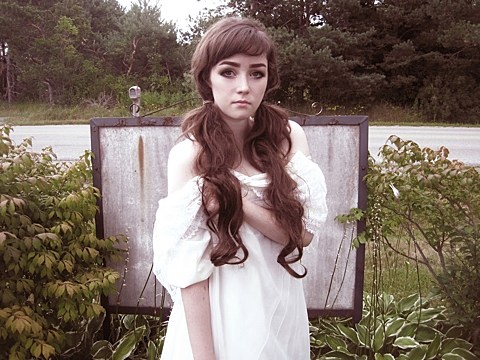 The Grimes show will be opened by Nicole Dollanganger who is the first artist signed to Grimes' new label, Eerie Organization. The label will release her new album Natural Born Losers on October 9 and going by lead single "You're So Cool," if you like Grimes you'll probably dig Nicole too. After hearing a demo of the album, Grimes said: "It blew up my brain so hard that I literally started Eerie to fucking put it out because it's a crime against humanity for this music not to be heard."

Listen to that and check out the full '30 Days In LA' schedule (tickets HERE), below...

11/01 Madame Tussauds
Wax on Wax - A celebration of all things waxy, with a vinyl DJ night and record swap meet at Madame Tussauds Hollywood. Local vinyl hubs Amoeba Music, The Record Parlour and Origami Vinyl will be on hand with pop-up stores and 4 different dance parties will be hosted by Red Bull Sound Select curators from around the US.

11/05 Sonos Studio LA
A Night at Sonos Studio: A thought-provoking night of discussion on the latest trends in emerging music and local food.

11/07 The Regent Theater
Soulection - An evening hosted by one of LA's leading music tastemakers.

11/13 Amoeba Music
Club Vinyl - An afternoon paying homage to one of the city's most iconic music landmarks, with 50% off vinyl from all artists performing at 30 Days in LA.

11/27 Lure
The Left Over - A special day-after-Thanksgiving edition of the Do-Over. A community tradition and a day party that gives back.