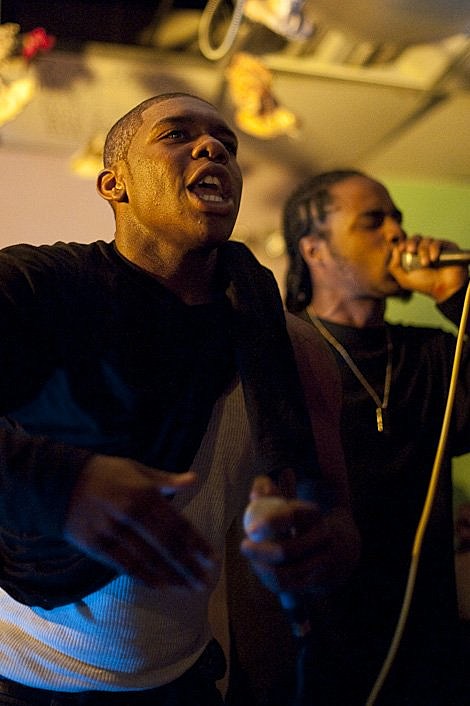 ¿REAL BUSHWICK/BUSHWICK RÉAL? is a new performance series representing the multi-faceted communities that make up Bushwick's vibrant arts scene, and highlighting musicians, dancers, poets, and other performers from Bushwick and surrounding Brooklyn neighborhoods. Each show features a mix of youth performers, community-based performers, and other artists with ties to the community and represents an opportunity for families to share intergenerational music and performance interests.

The show is being organized by Representing NYC, an organization run by Zs' Sam Hillmer (who also worked to set up the Maze at Death By Audio last fall). More info on the show and videos fo the Nine 11 Thesaurus crew rapping a cappella are below...

Metal in my Body by Nine 11 THESAURUS and Teen Action

What: The third installment of a brand new Brooklyn-based, Bushwick-focused performance series
When: FRIDAY, FEBRUARY 26, 2010, 7pm
Where: *** NEW VENUE! *** THE SILENT BARN (915 Wyckoff Ave, Ridgewood, NY 11385) How: L to Halsey/M to Myrtle/Wyckoff
Admission: $7 suggested donation at the door

Silent Barn also has 3 ongoing arts/installation projects that will be on display during the show:
- Party Lab: Octopus-like cassette recording project for all happenings within the barn
- Ditko! zine library: Budding print library in the long line of punk house print libraries
- BabyCastles: DIY video game arcade built from the carcasses of Win95 PCs. All grassroots-made games, not corporate junk.