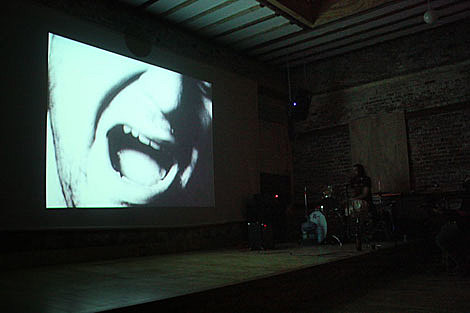 For about a year now, Cinema 16 has been giving short films a live soundtrack courtesy of local bands. Up till now, it's been happening at the Starr Space in Bushwick, but tonight (2/25) Cinema 16 heads to The Bell House for a double feature with four shorts and original music from Wild Yaks and Artanker Convoy. 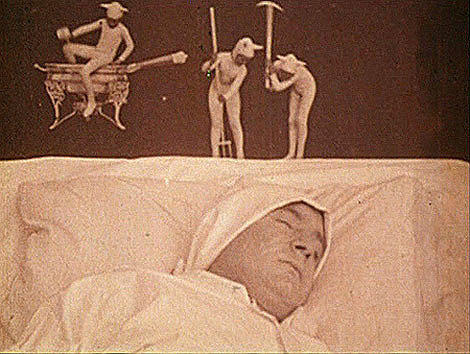 Wild Yaks perform to leftist group Public Theater's Pie in the Sky and Edwin S. Porter's early cinema (1906) short Dream of a Rarebit Fiend. I actually caught them doing this at Cinema 16 a couple weeks ago and their ramshackle, Tom Waits-y wailing rock fit well especially with the Depression-era Pie in the Sky (which stars Elia Kazan!). Artanker Convoy, whose music leans toward the instrumental, atmospheric and trippy, are a more obvious fit for this kind of project. They'll be performing to an abstract animation by Harry Smith and Robert Enrico's Oscar-winning 1962 short, An Occurrence at Owl Creek Bridge, which was shown in America as an episode of The Twilight Zone. Again, both bands have composed original music for this that's unlikely to be heard anywhere else, so it's definitely something worth checking out. Also: free ice cream. 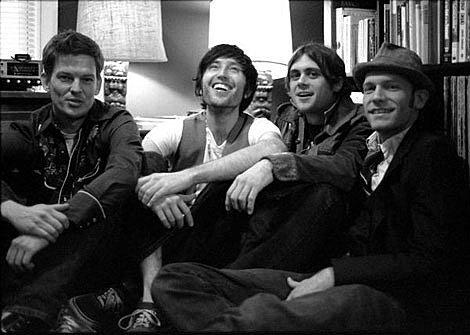 Thursday (2/26) at Death By Audio are two of Atlanta's better rock bands (and there are a lot of 'em down there, let me tell you): Howlies and Gringo Starr. I particularly like the Howlies, who are celebrating the release of their debut album, Trippin' With the Howlies, which is one of the more fun rock records I've heard in a while. While steeped in nods to the '60s (surf rock, the Zombies, Love, the Troggs, etc) they've got good songwriting chops to go along with their good taste. Gringo Star, apart from the groan-worthy name (though it's better than A Fir-Ju Well which is what they used to be called), are a garage-rockin' party band not unlike Mando Diao that don't seem to have more of an agenda than having a good time. (And wanting you to have a good time too.) Which these days, should be enough. I can't say I listen to their latest album, All Y'all, a whole lot but they're fun live. Also on the bill: Brooklyn-via-Brazil duo Soundscapes who make '80s-inspired ethereal guitar pop, and Bonnie Baxter who you may have seen open for Apes and Androids at Music Hall of Williamsburg last month.

Friday (2/27): The Spicy Times blog (a joint production of the ladies behind Jinners and I Rock I Roll) is having its monthly party at Union Hall with a pretty great lineup with two bands I've written about before: Uninhabitable Mansions that features Robbie and Tyler from Clap Your Hands Say Yeah and Annie of Au Revoir Simone and who will be selling their debut 7" at the show; and Spacecamp, who are as we speak finishing up work as backing band on Lightspeed Champion's second album. Maybe they'll bring him along? Weirder things have happened. Also on the bill: Staten Island's all-girl seven-piece Vessels and free Colt 45.

Saturday (2/28): It's Cake Shop's monthly The World's Birthday Party party. If your birthday is in February you get free admission, a gift at the door and two free drink tickets. If you're not a February child, it's $8. Bands include Boston's Major Stars who should light up the joint with their stoner hard rock riffs, and Spectre Folk which features Mike of Magik Markers. 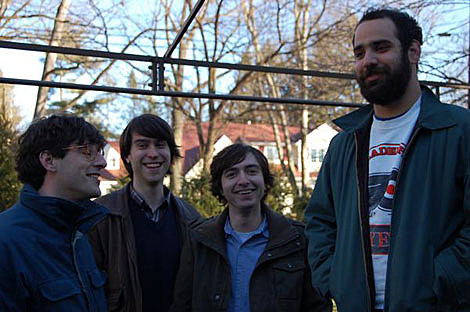 Late night Saturday at Cake Shop, it's a free show with New Jersey's Real Estate who are kind of getting a ton of hype right now from the likes of Pitchfork and Stereogum and Gorilla Vs Bear and others, all on the back of one three-song, white vinyl 7" which I have to admit I do like a lot. (Also having Matt Mondanile [aka Ducktails] in the group doesn't hurt.) Galaxie 500 seems to be the go-to reference for Real Estate and there is that dreamy vibe to their songs, but I'd also site criminally-overlooked '90s band Acetone as well. They've got a second 7" due out soon on Woodsist, so don't expect the interest to die down anytime soon. In addition to the Cake shop show, Real Estate have shows next week at Glasslands and Dead Herring, as well as an upcoming tour that includes a bunch of stops in Austin during SXSW (though none of them at official showcases). All tour dates at the end of the post.

Also Saturday: lovers of shoegaze, dreampop and goth should head straight to Mercury Lounge for a pretty stellar bill of Mahogany, The Depreciation Guild, Blacklist, Cruel Black Dove, and Home Video. Tickets are on sale.

That's all for this week. Tour dates and some videos after the jump.... 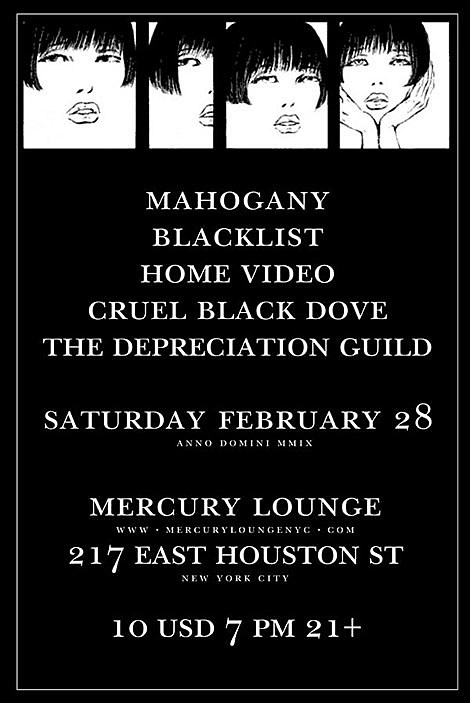 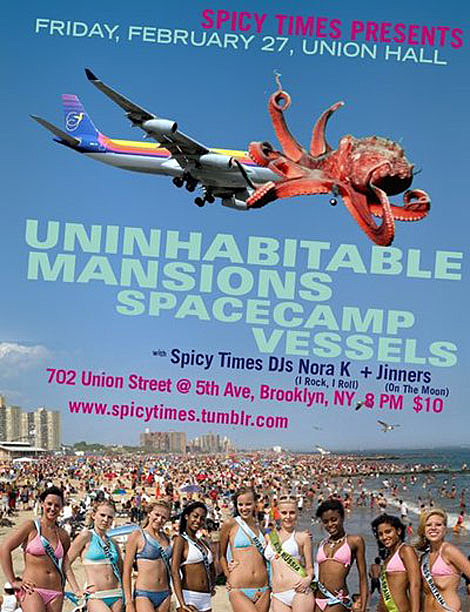 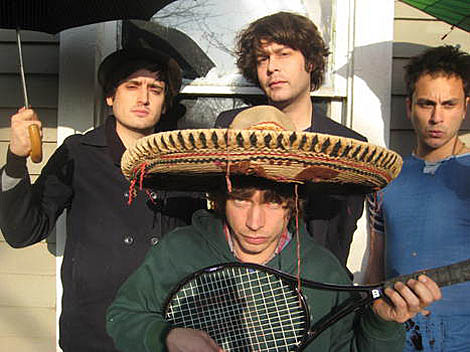 * w/ Gregory and the Hawk 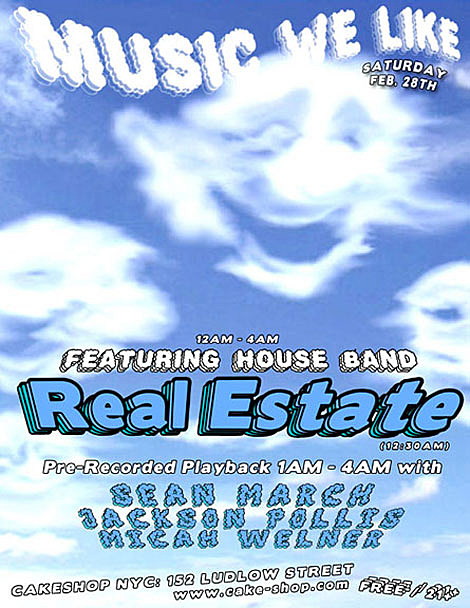