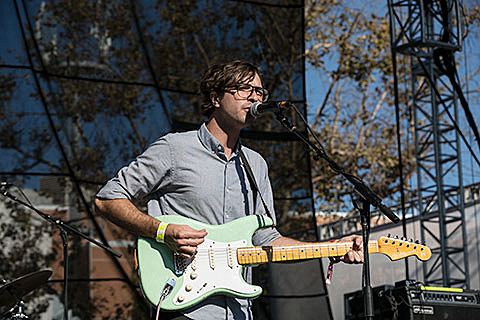 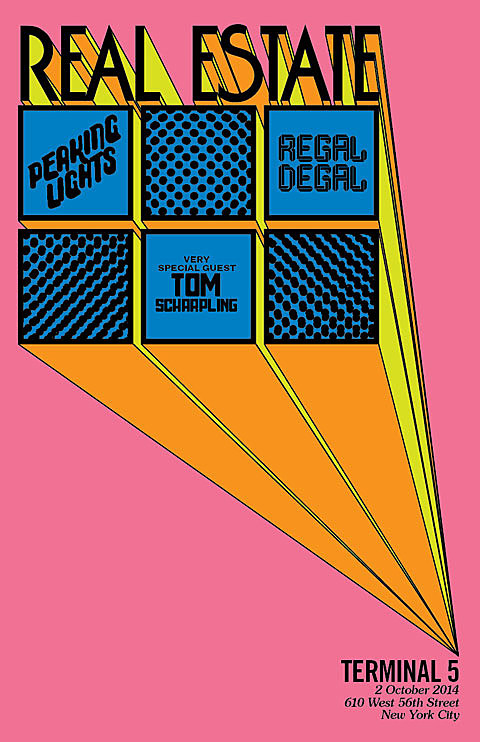 As previously discussed, Real Estate will make the jump to headlining NYC's big Terminal 5 (they've played there before like when they opened for Girls) on their current tour, hitting the venue in just a week on October 2. Opening the show is Peaking Lights (who have a new album coming and remixed William Onyeabor and are also playing the upcoming WO tribute), Regal Degal and DJ Tom Scharpling (of the Best Show). Tickets for the show are still available and we're also giving away a pair. Details on how to enter, below.

Real Estate have also added Australian dates for 2015 to their tour schedule, including one show with Aussies Dick Diver (who play two NYC shows this week). Updated dates are listed below.

In addition to releasing Atlas, they've also put out some cool covers including one of The Nerves' "Paper Dolls" which was the b-side to the "Had to Hear" single, and one of The Cranberries' "Linger" which they did for A.V. Club 'Undercover.' Listen to those, with the video for "Had to Hear" and the list of dates, below...