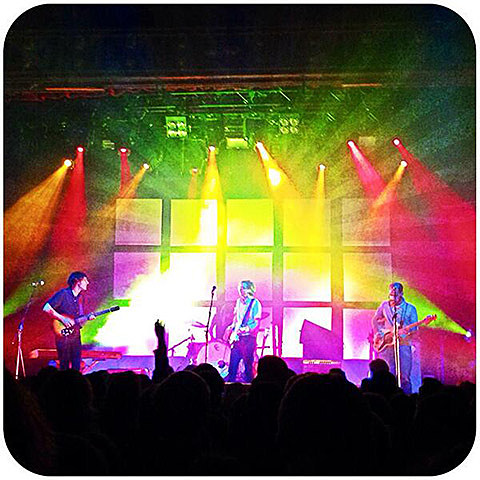 Real Estate just wrapped up their tour with Pure X, finishing with a show on Saturday (4/5) at Webster Hall. The band are following that up with an appearance on The Late Show with David Letterman on Wednesday (4/9) where they'll perform single "Talking Backwards." Late Show appearances will soon be hard to come by.

The Webster Hall show was their biggest NYC appearance to date, but they have now announced their next show here will be at Terminal 5 on October 2. Tickets to the T5 show go on sale Friday (4/11) at noon with an AmEx presale beginning Wednesday (4/9) at noon.

That show is Real Estate's only scheduled fall date at the moment but they have announced West Coast dates in August around the 2014 Woodist Festival in Big Sur, CA. (Info on that was just announced.) Dates are listed below.