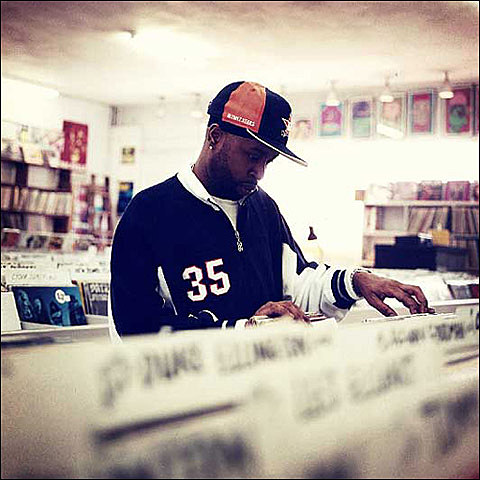 At first, they were just crates full of records, numbering in the thousands. But after digging through their contents, Jeff Bubeck learned he'd stumbled upon something special: what he says is the personal record collection of late Detroit hip-hop producer J Dilla.

Bubeck, one of the owners of Royal Oak record store UHF, is selling the records in his store. They come with yellow tags that identify them as part of Dilla's personal stash.

"Is it even possible?" That was Bubeck's first reaction when he learned the 7,000-8,000 records he acquired from an abandoned storage unit in Clinton Township last month may have belonged to Dilla, the celebrated producer and founding member of Slum Village who died in 2006 at age 32 due to complications from lupus.

When first digging through the crates, amid the mountains of 94-cent Earth, Wind & Fire LPs, Bubeck noticed a box of cassette tapes, labeled in black marker as "Jaydee Beats." There were also lyric booklets, along with magazines and pieces of junk mail addressed to James Yancey, as well as to his parents, Beverly and Maureen Yancey. -[Detroit News]

I wonder if the Bobby Caldwell, Ahmad Jamal, James Brown and Stan Getz records that formed the basis of early classics like Slum Village's Fantastic Vol 2 LP, The Pharcyde's "Runnin'", Common's "The Light" and De La Soul's "Stakes is High" are in those piles. Dilla, you are still missed.

P.S. before any more of those records are sold, someone get in there and document that collection, maybe for an online museum? (Questlove are you reading this?)