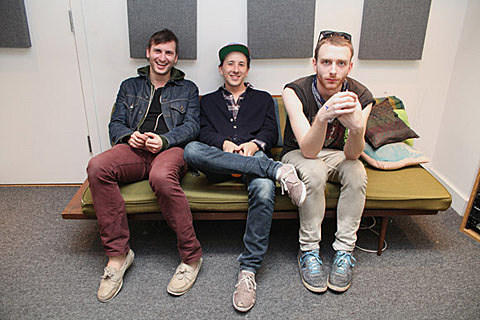 Head to Brooklyn Bowl today, Oscar Sunday (2/27), first for the free COLLECT-I-BOWL Record Show, and then for the next edition of "Local x Local" with a free show by Bear Hands.

Bear Hands also have a not-free show coming up at Knitting Factory on March 14th with Johnossi and Dinowalrus. They leave right afterwards for Austin where they'll play what the Cantora Records Showcase at the Victorian Room at the Driskill on 3/17 with Reptar, Computer Magic, Secret Music, Superhumanoids and Slam Donahue. They're probably playing other parties too, but they don't currently list them at their site.