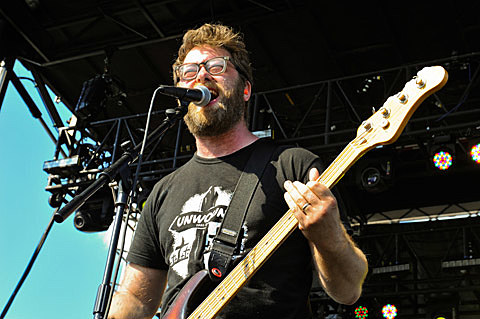 Four bands who bridge the gap between metal and just plain ol' rock, Red Fang, Cancer Bats, Indian Handcrafts, and The Shrine, will be heading out on tour together this year. That tour hasn't been announced in full but some of the dates have been revealed, including a NYC show happening on December 11 at Bowery Ballroom. Tickets for what should be a very rowdy night go on sale Friday (9/20) at noon. All currently known dates are listed below.

UPDATE: Red Fang announced the tour in full. All dates are with The Shrine, and the other two openers appear on select dates. They also released a new song from their LP, "No Hope," which you can stream (via Metal Sucks) along with the list of tour dates and another track from their new LP, below.