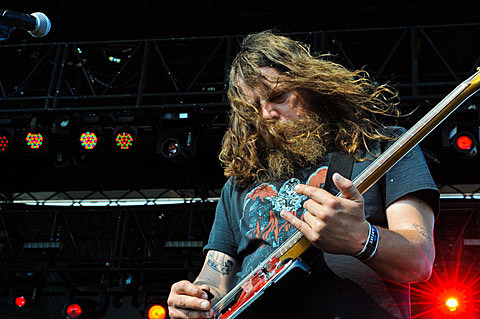 Outside of laying down a riffy groove, if there's one thing that Red Fang knows, its drinking. A close second has to be videos; the Portland band have released a few, all have been drenched in hilarity (and beer). Now that Red Fang is prepping to headline a tour in the US with Black Tusk, the boys have offered a different sort of approach in the video for "Dirt Wizard" from their current offering Murder the Mountains which you can watch below.

As discussed, check out Red Fang at one of two dates in NYC Bowery Ballroom on 11/12 (tickets) and Saint Vitus on 11/11 (tickets). Until then, "Dirt Wizard" awaits below.