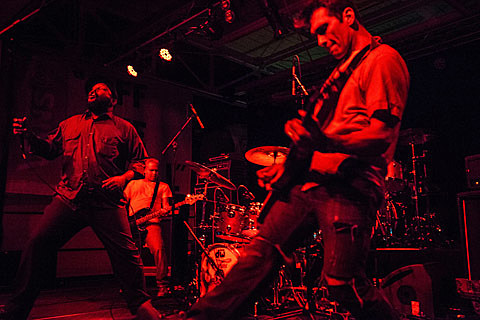 Post-hardcore supergroup Red Hare, whose lineup features three members of DC hardcore band Swiz (including original Dag Nasty vocalist Shawn Brown), released their debut LP, Nites of Midnite, earlier this year via Dischord. The first pressing of that LP has since sold out, but it's being re-pressed on blue vinyl with updated cover art (below). The band also just made a video for its single "Be Half," which features live footage from the Baltimore stop of their spring tour with Coliseum. The video makes its premiere in this post, and you can check it out below.

Red Hare just kicked off another tour with Coliseum in LA last night (10/6), which continues on the west coast through next Monday (10/14). All of those dates are listed, along with the new video and cover art, below... 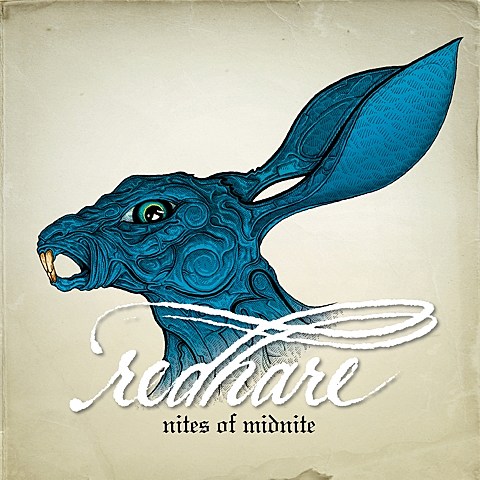