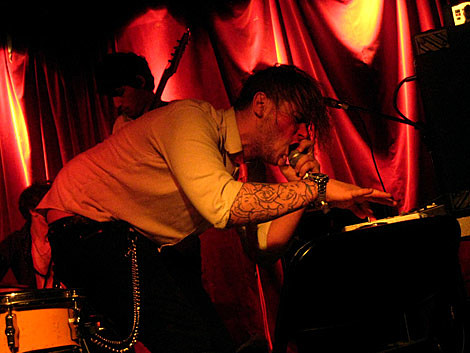 I'm currently up here in Montreal getting ready for the fourth annual M for Montreal, a music festival/industry event mashup that showcases nearly 30 of the city's bands/artists who are ready, in the eyes and ears of festival organizers, to make the leap from a local act to the international stage. Or something like that. In for the fest are journalists, bloggers, talent bookers, concert promoters and music supervisors from around the world (well, mainly North America and Europe) ready to see what Montreal's got.

The action doesn't start proper Thursday tonight but we got an unofficial taste of Montreal Wednesday night at La Sala Rossa, a cool, medium-sized venue that's above a tapas restaurant. The crimson walls and velvet curtains of the club were a perfect backdrop for Red Mass who were having their record release party. Their first-ever gig was at last year's M for Montreal so this served as a one-year anniversary of sorts as well, not to mention being a record release party for their new EP on Semprini Records. You can download "Saturn" from that record at the top of this post. Cover art below.

Last year, there were about 10 folks in the band, including a dude who only wore a Speedo and gold paint. Red Mass have now slimmed to a lean, mean quartet, though a violinist and oboe player were brought out on a couple songs which is maybe not what you'd expect from a band whose sonic influences seem to be of the Stooges/Damned/Misfits variety. Frontman Choyce (late of CPC Gangbangs and a slew of other Montreal garage bands) clearly knows what he wants, no matter how many musicians are on stage. He also carries the whole color thing through -- appearing onstage first in a red cape and hat, and then later in a red smoking jacket; the keyboardist/percussionist had a cherry swath of makeup across the middle of his face. Red Mass tore through eight or nine songs in 20 minutes before taking a 15 minute beer break, returning for a second set of longer, dronier, noisier, weirder material. Good stuff.

Red Mass will make their NYC (and American) debut Friday, December 4 at the Live With Animals gallery (210 Kent, part of the Monster Island space) in Brooklyn, playing with Golden Triangle. I'm told they'll also play the next night too, venue TBD.

Red Mass weren't the only band on the bill at La Sala Rossa. We also got Dead Wife, a very young punk band who've also been together for about a year. All girls apart from their speed machine drummer. What they lacked in chops and songwriting (we're talking straight up shouty shambolic punk) they made up for with attitude. They definitely believe it.

A flyer from the show, a few more pictures and video of Red Mass performing "Saturn" are after the jump... 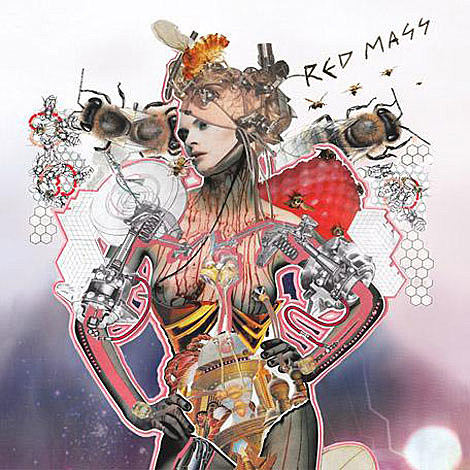 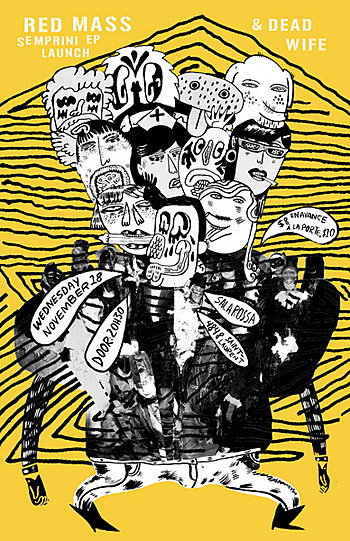 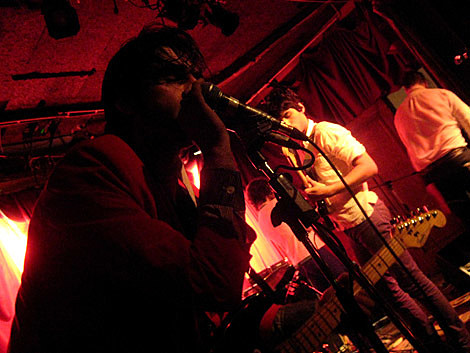 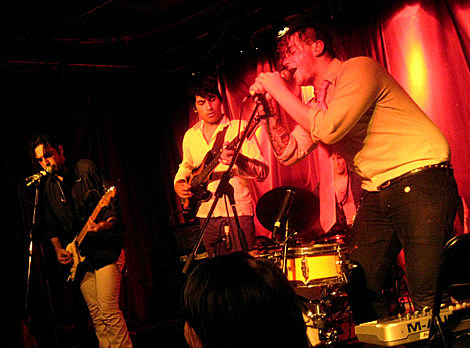 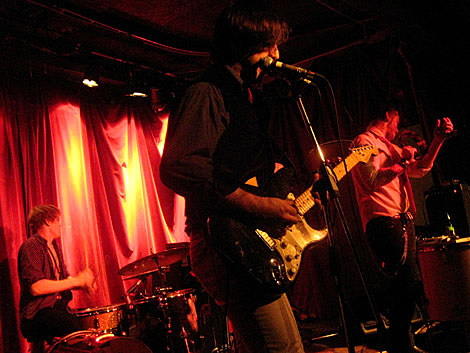 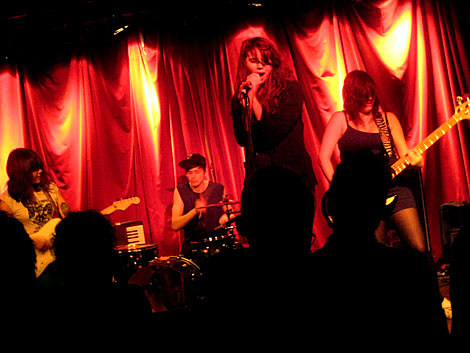 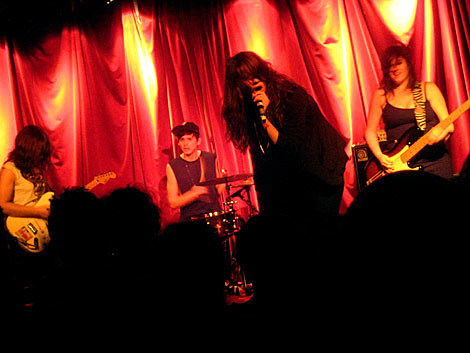 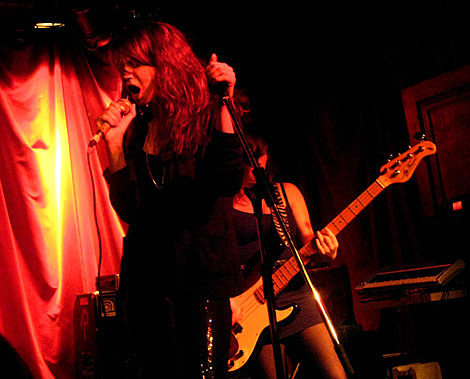