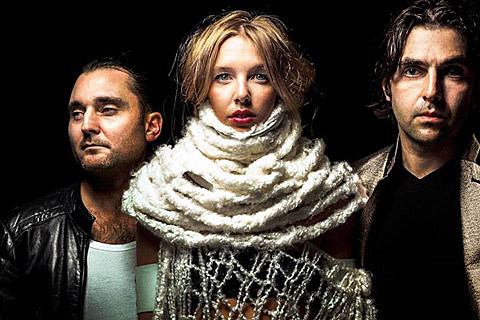 Montreal's Red Mass are a mercurial lot. Led by onetime CPC Gangbangs member Roy Vucino (aka Choyce), the line-up has expanded and contracted but the MO remains the same: pysch-punk with a flair for arty drama. I caught Red Mass' first-ever show back in 2008 when there was about 10 of them; these days the band are down to a more typical lineup. Red Mass' new album, A Hopeless Noise: The Story of a Diamond Girl will be out later this year and features appearances from King Khan, Mac DeMarco, Obits/Hot Snakes/Drive Like Jehu's Rick Froberg and Mike Watt. You can check out "Sharp," the video of which has DeMarco in it, below.

Red Mass are currently on tour with King Khan & the Shrines which rolls into the NYC area this weekend: Le Poisson Rouge on Friday, June 6 (tickets) and Music Hall of Williamsburg on Saturday, June 7 (tickets); and NJ's Asbury Lanes on Sunday, June 8 (tickets). If you wanna see Red Mass in a more up-close-and-personal enviornment, they'll play Brooklyn's The Flat on Monday (6/9) with Dasher and Foster Care.

Choyce's other current project, PYPY, were through NYC not too long ago.

King Khan and the Shrines also play a free show at Manhattan Inn on Monday, the same day as Red Mass' Flat show.

All dates, plus the "Sharp" video and flyers, below...

RED MASS presents A HOPELESS NOISE: THE STORY OF THE DIAMOND GIRL 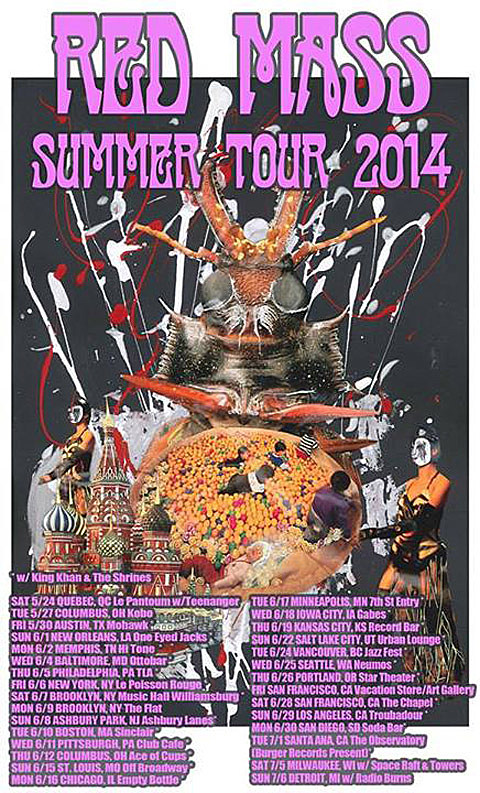 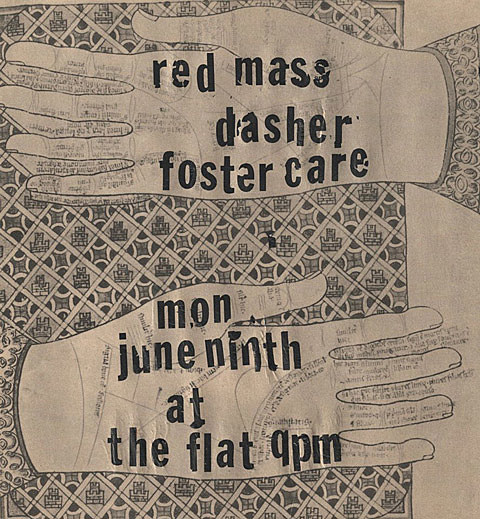