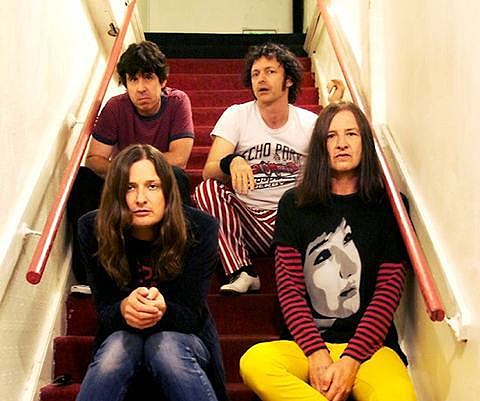 As you may remember, legendary L.A. band Redd Kross released Researching the Blues last year, their first album in 15 years. The record, released on Merge, found the McDonald brothers remarkably well-preserved, still kicking out the glammy powerpop they're known for, and their show at last year's CBGB's Festival was a lot of fun. You can stream Researching the Blues below.

Redd Kross have just announced a 2013 tour which will roll into NYC for a show at Santo's Party House on April 6. No word on advance ticket info just yet, but all tour dates are listed below.