Redd Kross in Chicago in May (more by John Yingling) 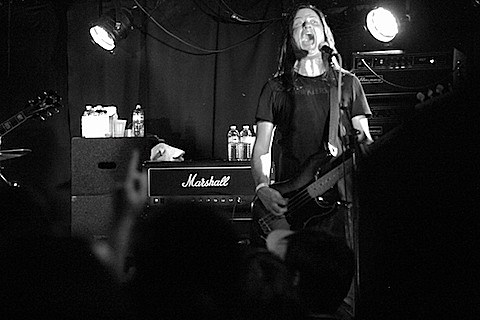 What would have been the great double bill of Superchunk and Redd Kross at Beekman Beer Garden (7/6) during CBGB Festival appears to be no more. Redd Kross are now scheduled to play Music Hall of Williamsburg that night (7/6) instead. That show is with The Men, who we first thought were playing CBGB Festival at Gramercy Theatre that night (7/6) but that turned out to be JD Samson's band MEN. Tickets for the MHOW show go on sale Wednesday (6/20) at noon.

Both Redd Kross and The Men are also part of the recently announced FYF Fest lineup.

As for Superchunk, the CBGB Festival schedule doesn't list them playing any show at the moment but Superchunk's tour dates do still list "CBGB Festival" from July 5-8. Stay tuned for more info on this.