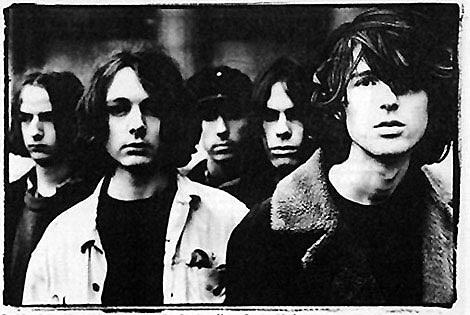 The '90s shoegaze revival marches on. Swervedriver got back together in 2008 and now 2010 will see Chapterhouse tour America, including a May 3rd show at the Bell House in Brooklyn. Tickets just went on sale.

Chapterhouse's 1991 debut, Whirlpool (reissued in 2006), mixed swirly guitars and breathy vocals with a hefty dose of dance music (Madchester was peaking then) and the album's single "Pearl" was a big Modern Rock radio hit in America. It's hard to hear "Pearl" and not think it was a big influence on The Big Pink's "Dominoes." The band made a second album -- the more overtly dancey Blood Music -- in 1993 but went their separate ways not too long after that. Drummer Ashley Bates now plays in Tunng.

Chapterhouse play Japan in April before heading to America. The Bell House date is the only U.S. show announced so far but expect more cities soon. In addition to some of their music videos, click through to see the reformed Chapterhouse perform "Pear" at London's ICA in November 2010 -- sounds pretty good I think...