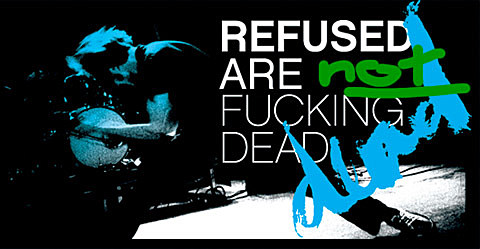 Surprised we are not, but we are excited to exclusively announce that Refused have added ANOTHER NYC show at Terminal 5 after the immediate sellout of the previously announced show on 4/23. The newly added date is 4/22 at Terminal 5. Tickets (which will be on Ticketmaster) go on sale Wednesday at noon (don't sleep).

All tour dates and a couple of videos below.

Refused - Rather be dead