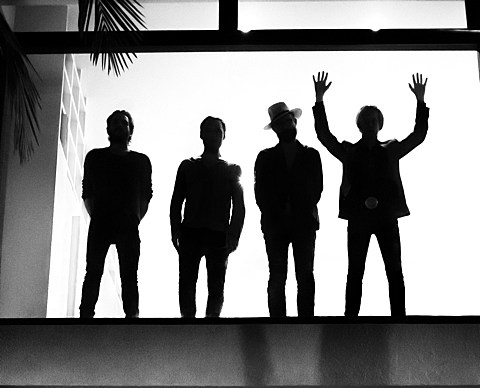 Earlier this month, rumors began circulating that Refused, who claimed their reunion was over and since fired a guitarist, were not in fact finished as a band and would be putting out a new album. There's still no word on that album, but the band have since become active on Twitter, Facebook, and they have a new website. They first posted the above picture (with the caption "Old Friends / New War") and now confirmed three festival dates for 2015. They're playing Belgium's Groezrock, Canada's Amnesia Rockfest, and the UK's Reading / Leeds Festivals.

No US dates yet, but at least now we know for sure the reunion's not over. Hopefully more dates (and that new album?) to come. Meanwhile, watch a video of the band at Terminal 5 during their 2012 reunion, with their current list of dates, below.