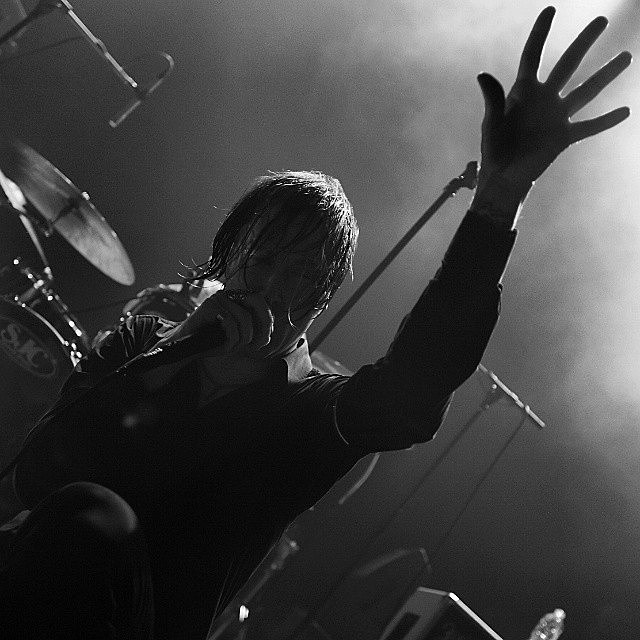 17 years ago, Refused declared The Shape of Punk to Come with a record that put '80s hardcore, '90s metalcore, progressive rock and more in a blender. It didn't turn out to be the shape of punk to come for many bands (besides like, maybe The Blood Brothers and a few others), and that's part of why it's lived up so well and doesn't sound dated. Next week, they'll give it a long-awaited followup, Freedom (due 6/30 via Epitaph), and the whole thing is now here to stream.

Even for the members of Refused, their 1998 album wasn't the shape of punk to come, as singer Dennis Lyxzen instead spent much of the time since Refused's breakup exploring his love of pop in The (International) Noise Conspiracy. He hasn't lost that pop side on Freedom, and it's not a surprise that they approached Taylor Swift/One Direction songwriter Shellback to co-write two of its songs. But Freedom actually sounds poppiest on songs Shellback had nothing to do with, like the stadium rock swagger of "War On The Palaces," "Françafrique" and "Servants of Death." Elsewhere on the album, Refused still crush in the way that only Refused can. "Elektra" and "Dawkins Christ" sound like lost b-sides from Shape of Punk, and "Destroy The Man" pretty much nails the middle ground of their poppy and heavy sides. Check out the whole thing for yourself, below.

Refused will be back in North America later this summer for a tour with another band that pushes the boundaries of heavy music, Faith No More. That tour hits NYC on August 5 at MSG. Buy tickets or win them.