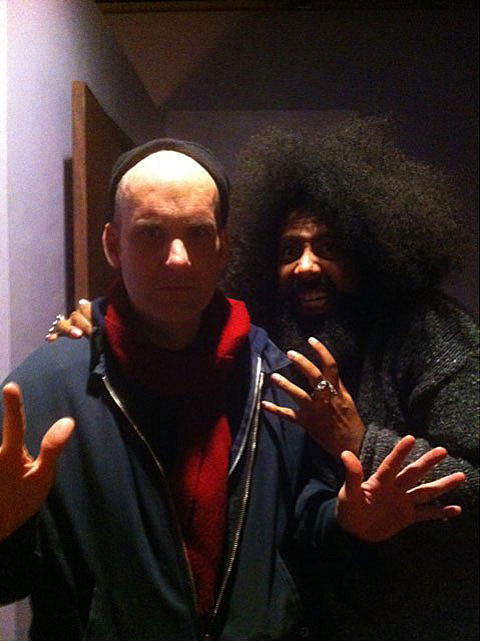 Oddball musician/comedian/genius Reggie Watts, who was also among the millions performing at SXSW earlier this month, is taking his show on the Road in April and May. The new set of dates included a hometown show at Webster Hall on May 20th. Tickets for the big NYC gig go on sale Friday at noon. All dates are listed below.

For fans everywhere, Reggie created an original soundtrack for the Ridley Scott cult classic "Legend," now available for free download. The 1:31 long soundtrack was created on the fly by Reggie using his voice, looping devices, three synthesizers and various effects to make a strangely beautiful and humorous original score as the film silently rolled at The Roxie during SF Sketchfest. The soundtrack made its world premiere at SXSW to a sold out house.

Download it for free with all the dates below...