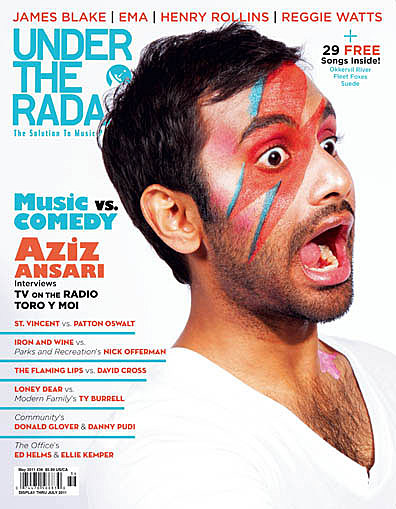 Do you and your buddies ever throw on your cargo shorts and flip-flops and head out into the mean streets of Brooklyn for an epic brunch and, over some bloody mary's and eggs benedict, eventually end up debating the slow, gory death of old/print media at the hands new/electronic media? About the pointlessness of buying books, newspapers and magazines because it's not only a waste of natural resources but also because even hot-off-the-presses print news is already essentially centuries old because, well, the second something happens WHAM it's on the 'net? And how you can carry around over 3,000 books in your Manhattan Portage messenger bag thanks to wonderful devices like iPads and Kindles? Welp, I hate that debate and I hate you and your buddies. I am no luddite, but as a tweeter, blogger, facebooker, emailer, gchatter, and misery pod, I am still a fan of good old fashioned paper media. I can see the virtue in both sides of the argument, but the bottom line is that if we become a world without printed, glossy, tangible, foldable, "bring into the bathroom and not worry if it accidentally falls into the toilet" printed matter... well, I will kill myself.

OK, so what's my point. Why can't I just cut to the chase and not just cut the cheese? I get on these tangents. Ugh. I know! My point is that sometimes a periodical comes out that is so epic content-wise that you simply must have the hard copy and for a while pretend the internet doesn't fucking exist. Wait, no. TWO copies; one to carry around and muss up, the other to keep and cherish and never look at. Case in point? Under the Rader, Issue #36, Music vs. Comedy. If you are like me and are intrigued with the connections betwixt music and comedy, this is pretty much the most primo group of pages you could hope to see.

Man, that is a supremely dense amount of material to digest. That snippet of the press release (which bizarrely omits Mr. Show from David Cross's CV and regards Henry Rollins a comedian) really just scratches the surface of an issue that also includes a massive article about James Blake (whose popularity I find vexing) (not that he's not good), and crap loads more.

Reggie Watts @ the Bell House in 2010 (more by David Anrako) 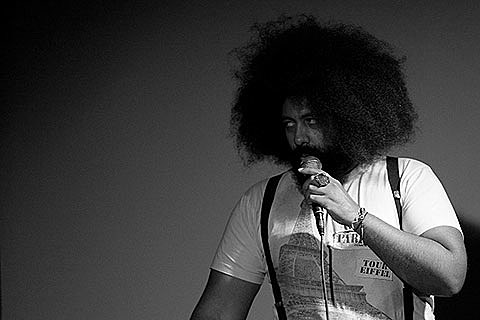 The issue is a flippin' who's who of comedians and musicians I dig, but one name demands further discussion. Yep, you guessed it! BV favorite Reggie Watts yo! After headlining Music Hall of Williamsburg, tearing it up with LCD Soundsystem during their death throes, and getting a three-page spread in the aforementioned magazine, Reggie is about to hit the road for an 11 date tour that includes three NYC appearances, two of which are FREE! His first appearance is, like, tomorrow (5/25) when he opens for Matt & Kim at Music Hall of Williamsburg.

His collaborative masterpiece RADIO PLAY at PS122 was also extended through May 28th (including tomorrow, before M&K)! That means there are now more chances to see him before heads across the USA for his appearance at Sasquatch on 5/29. But then he comes back in June for the previously mentioned free show at Central Park Summerstage on 6/22 and Summerstage in Red Hook on 6/24. All tour dates and some videos below. In the mean time, check out Reggie's Daytrotter Session!