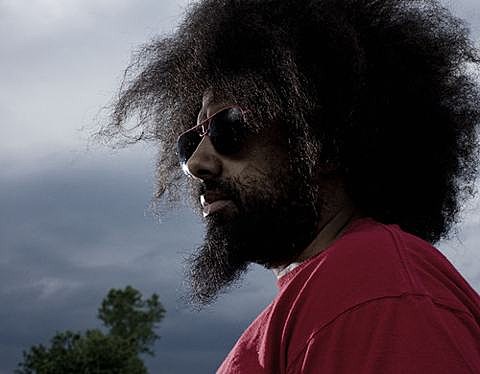 As we've said before, Reggie Watts is a busy beaver and and true performer who'll loves to get on stages big or small. Tonight NYC has two chances to catch him.  First he'll be performing at The Blind Barber on E. 10th St. at 7:30 as part of an event titled "An Evening of Original Sin" that is a fundraiser for Genesis, a new aerial play by Julia Kaminsky. Also performing is onetime Das Racist cohort Lakutis. More info on the show is here.

Then, Reggie will hop on the L Train (or take a cab) to head to Cameo's weekly free comedy show, "Big Terrific." It's host Max Silvestri's 30th birthday tonight and he's also got Hannibal Buress and Greg Johnson on board for the celebration. Big Terrific starts at 8 PM and is FREE.