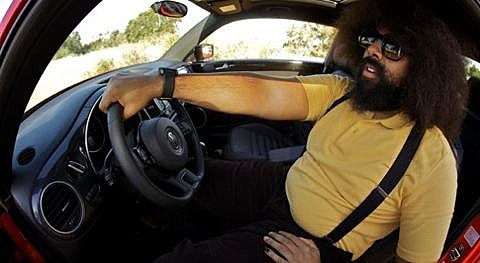 I get the feeling Reggie Watts just loves performing and will play anywhere. He's headlined Webster Hall but will show up at Cameo and do a whole set too. He's got a few tour dates this month including an NYC show at Glasslands on 1/13 with with Shining Mirrors and Baby Alpaca. Tickets for that show are on sale now.

Later in the month, he'll be hosting a "Reggidency" at SF Sketchfest from Jan. 27 - 29, which includes an evening where his unique musical skills will be paired with dancer/choreographer Amy O'Neal; one that's a collaborative effort with Grammy-nominated Robert Glasper; and, perhaps, most excitingly, a "Sound Effects Summit" with Michael Winslow (of the Police Academy films). That would be something to witness.

All Reggie Watts tour dates are listed below...