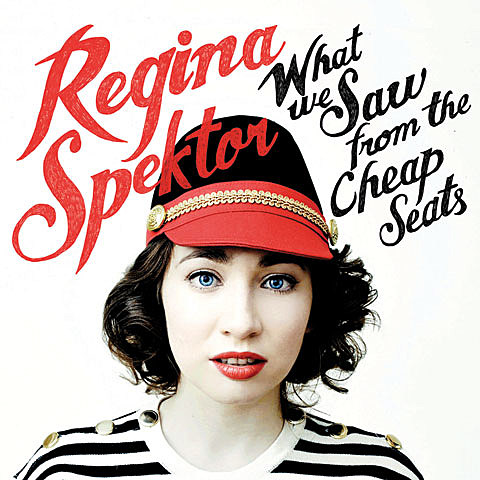 Regina Spektor's upcoming LP, What We Saw From the Cheap Seats, has been given a release date (May 29) and album artwork (pictured above). You've already heard the lead single, "All the Rowboats". Today that song got a video (which you can watch below), and she recently revealed another track from the album, "Don't Leave Me (Ne Me Quitte Pas)," which you can stream

As mentioned, she'll be touring this spring and hitting the NYC area on April 10 at Wellmont Theatre. That show is sold out, but she's since added a few more Northeast shows after her run with Tom Petty including a NYC show happening on May 15 at United Palace Theatre with Only Son (aka ex-Moldy Peaches member Jack Dishel), whose album Regina guested on. Tickets for the United Palace show are on AmEx presale now and go on sale to the general public on Monday (4/2) at 11 AM.