Regina's bass drum at LPR in May (more by Eric Townsend) 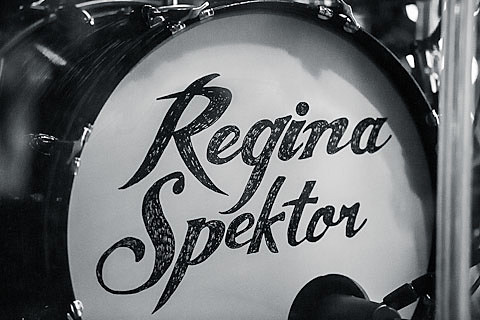 Regina Spektor released her new album, What We Saw from the Cheap Seats, earlier this year and is continuing to tour in support of it. She's already played three NYC area shows this year so far, and she'll be back for two more. Regina plays Port Chester's Capitol Theater on October 3 and Beacon Theater on October 24. Advance tickets are not on sale yet.

The tour will be supported by Only Son (the project of ex-Moldy Peaches member Jack Dishel) who also opened Regina's United Palce show back in May, and whose album she guested on, singing a duet on the song "Call Them Brothers." The video for that song and a list of all dates below...

All dates w/ Only Son