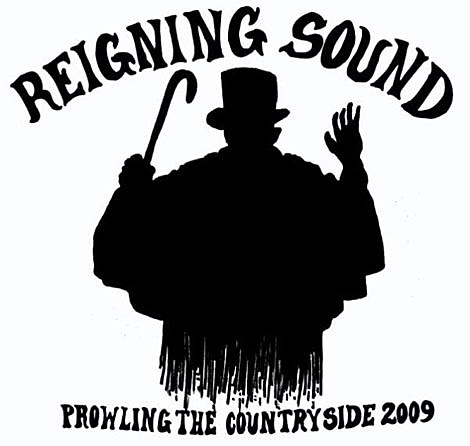 It was my first time seeing Reigning Sound live, and it was certainly worth the drive to Detroit. The city's garage-rock faction was well represented. I'm told that was Detroit Cobras guitarist Mary Ramirez front-and-center for most of the night, singing and dancing like a superfan. Head Reigning Sound honcho Greg Cartwright, a legend in garage-rock circles for his work in the '90s with the Oblivians, was appreciative, taking several opportunities to thank everyone for coming out on a Monday night and calling Detroit "my home away from home."

Highlights of the evening for me included rousing versions of "Stop and Think it Over" by Cartwright's other former band, Compulsive Gamblers, and "You're so Strange," the final track off of Albums of the Aughts honoree "Time Bomb High School." [mlive]

Just a quick reminder that ex-Oblivians will have a strong garage rock presence in the area starting tonight (11/19) with the Reigning Sound tour hitting Maxwell's in Hoboken. The A-Bones, who also have a gig lined up at Mercury Lounge on New Years Eve with the Detroit Cobras, open the NJ show. You can also catch Reigning Sound Friday night (11/20) at Southpaw (that time with the Jay Vons as support). Tickets are still on sale.

From there the band heads north to finish up their tour with dates in Buffalo and Toronto. That means they definitely won't be sticking around long enough to cross paths with fellow Oblivian Jack Obvlivian who plays his own show at Southpaw on Sunday (11/22). Tickets for that are on sale too. All dates below...