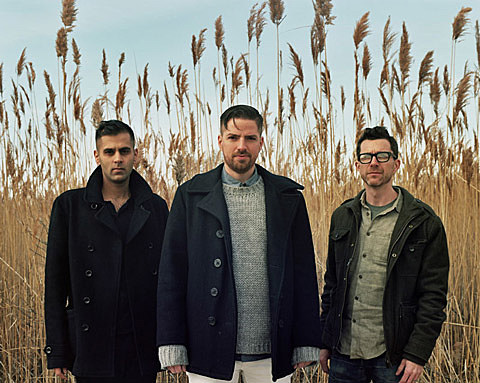 Brooklyn trio Relations released their debut album, Songbirds, at the beginning of April. Drawing from a variety of postpunk influences, the band make dark-hued but catchy, danceable pop. You can stream the whole album at Soundcloud and we've got the premiere of the video for "School Safety" in this post. The black-and-white clip was directed by Geraldine Baron-Visher and Antonia Grilikhes-Lasky and follows two women around the city as their days glancingly intersect. You can watch it below.

Relations have a busy month ahead of them as they'll be doing a residency at Pianos, playing every Wednesday in May. They'll play at 10 PM each week with hand-picked artists surrounding them:

Tickets for those residency show are on sale now. Additionally, Relations play Hudson, NY's Half Moon Inn on Friday (5/2) with Cave Needles.

Flyer for the Pianos residency and the new video below... 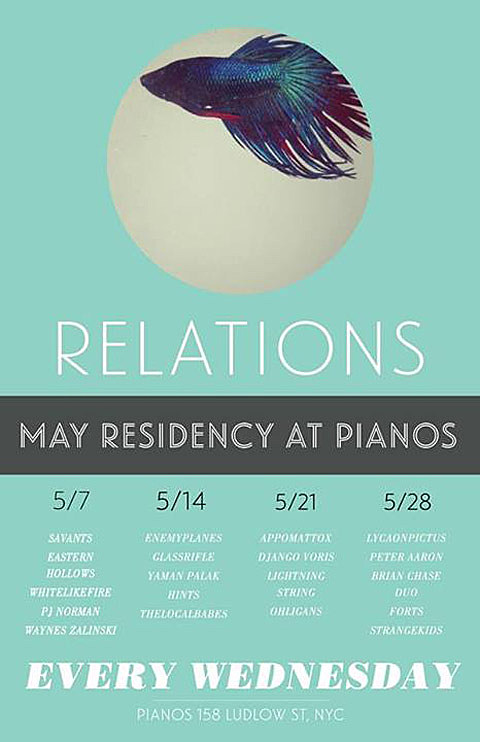