(most) photos by Eric M. Townsend 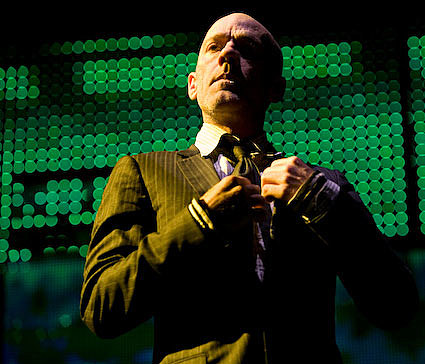 Stipe, Buck, Mills, and their two amigos came out whaling and they never let up. Playing only a couple of ballads, and everything being short and sweet, R.E.M. made the case for arena rock to live on just a little bit longer. The hypnotic goings on behind the band - a series of screens that relayed the scene on stage as if it was an already edited and produced performance video - were not only beyond impressive, they were actually distracting. At one point, it was even safe to wonder if the show would have been half as interesting without it. But the ferocity of "What's the Frequency, Kenneth?" and "Bad Day" easily silenced that. Other highlights included the Mike Mills-led "Don't Go Back to Rockville", the Johnny Marr-joined "Fall on Me", "Losing My Religion", "Supernatural Superserious", "The One I Love", and "Man on the Moon". Michael Stipe did something I never thought he did...ever: He smiled and laughed a lot. In his dapper striped suit, the ever chatty, chrome domed Stipe had his usual political things to say but had even more to say in the field of being friendly, open, and inviting. Like the band's music.
[Sonic Parthenon] 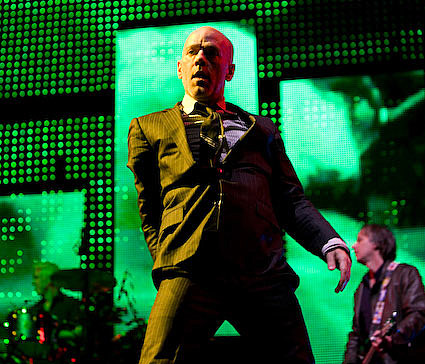 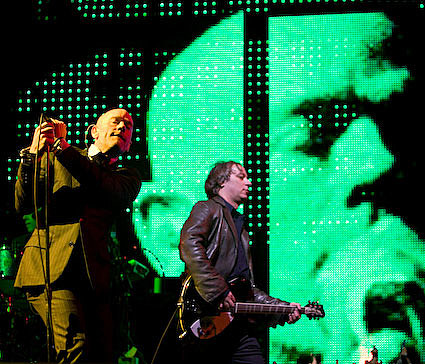 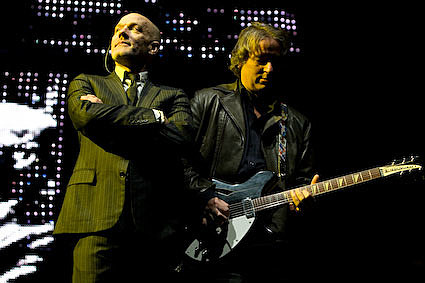 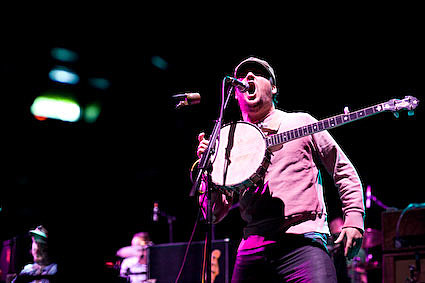 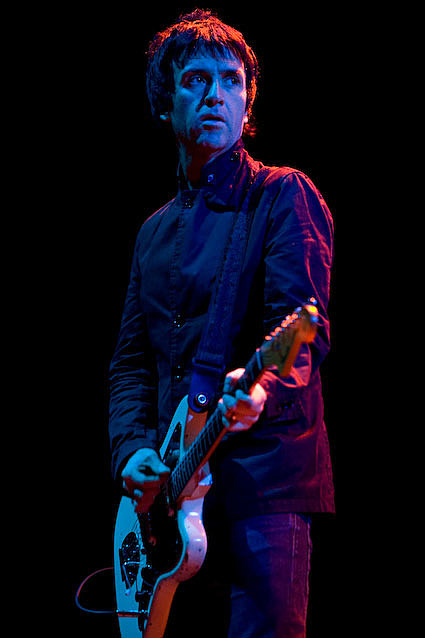 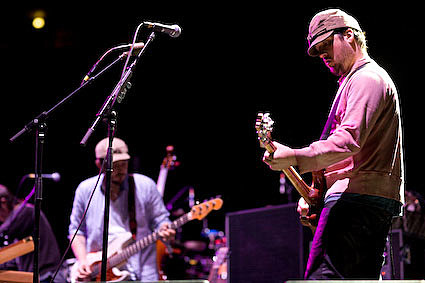 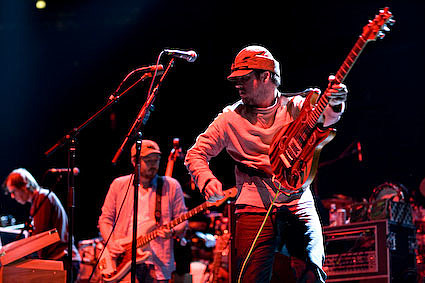 Erik got there too late to see the National (they went on at 7pm sharp), but he did spot audience members John McEnroe, Peter Sarsgaard, Maggie Gyllenhaal, an Olsen twin, AND - strangely without his bodyguards - Eugene Mirman... 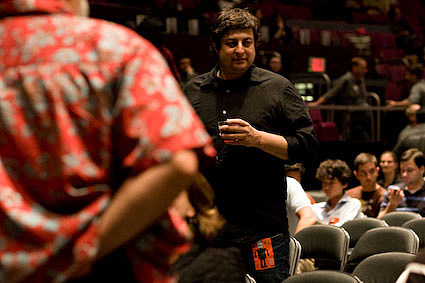 Naftels took this pic of Johnny Marr on stage with R.E.M.... 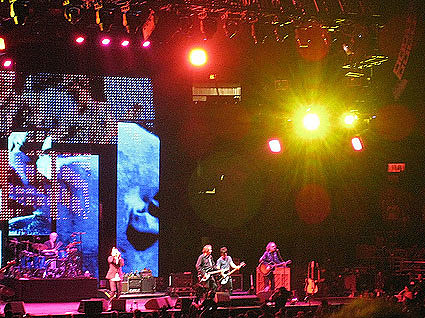 Workinpana took some pictures too. A slightly different perspective... 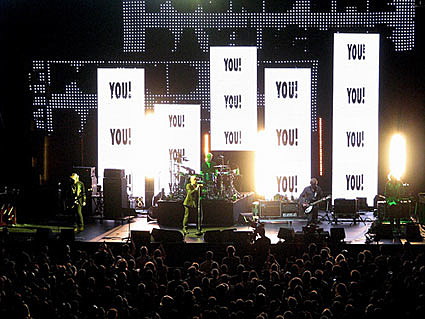 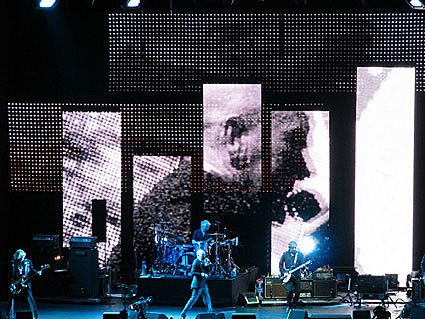 Living Well is the Best Revenge
These Days
What's the Frequency, Kenneth?
Bad Day
Drive
Hollow Man
Ignoreland
Man-Sized Wreath
Leaving New York
Disturbance at the Heron House
Houston
Electrolite
(Don't Go Back To) Rockville
Driver 8
Harborcoat
One I Love
Until The Day is Done
Let Me In
Horse To Water
Pretty Persuasion
Orange Crush
I'm Gonna DJ
--------------------
Supernatural Superserious
Losing My Religion
Begin The Begin
Fall On Me
Man on the Moon