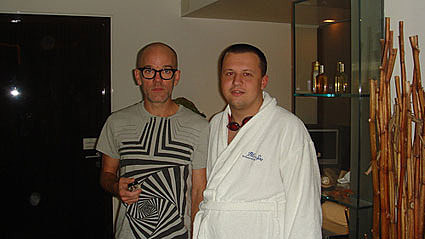 "R.E.M. is confirmed for this year’s SXSW, playing one of only a handful of American dates before its 14th album, “Accelerate,” arrives on April 1 and the band launches a larger tour later in the year. Word has it that, per the album title, the record will be a return to faster songs." [Austin 360]