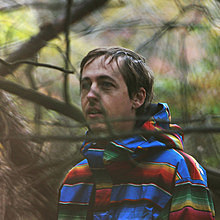 In 2009, Josh Dibb, who performs in the experimental noise-pop band Animal Collective as Deakin, set up a Kickstarter campaign to fund a trip to Mali. He'd been invited to perform at the famous Festival au Désert and wanted to simultaneously work with Malian anti-human-trafficking groups. He promised fans photos, field recordings or a book if they donated, and he raised more than $25,000.

If one looks at the top comments on his Kickstarter campaign site today, however, it's full of fans complaining that they have never received anything for their money. "I backed this as a gift to my boyfriend... good thing we're still dating since 2009!" one wrote. [LA Times]

Animal Collective recently put out a new album and are touring their way to Williamsburg Park.